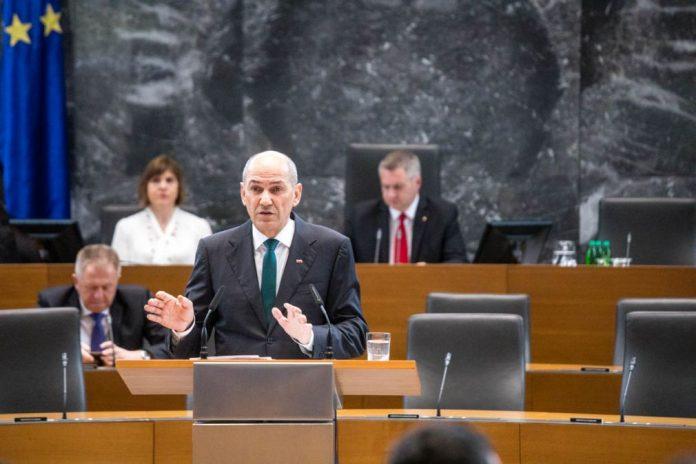 Hungarian Prime Minister Viktor Orban and Manfred Weber, chair of the European People’s Party (EPP) group in the European Parliament, were among the first foreign politicians to congratulate Janša.

Last week, Janez Janša was also formally appointed by Slovenian President Borut Pahor as Prime Minister. Slovenian Democratic Party has now formed a new four-party coalition, which will be center-right and will have a parliamentary majority.

Janez Janša now has 14 days to nominate his cabinet, whereupon ministerial hearings will start. According to Janša’s party SDS, most of their ministers have already been elected, but changes are still on the list. According to the latest information coming from Janez Janša and his party, Zvonko Černač, instead of the Ministry of the Interior Affairs, could lead the Ministry of Cohesion, and even Damjan Damjanovič is not firmly set in the Ministry of culture. The NSi party is set to (unofficially) endorse Matej Tonin as a candidate for defense and Jernej Vrtovec for the Ministry of infrastructure.

SDS is supposed to take over seven ministries, while candidates mention Andrej Šircelj as finance minister, Logar could take over foreign affairs, so the candidate for interior minister is not yet known, Ministry of culture may be pilgrimage to Damjanovic’s hands, environment, and space into Vizjak’s hands, Černač could thus assume cohesion as we mentioned before or perhaps Miro Petek.

The SMC party, which fully supported Janez Janša as the new Slovenian Prime Minister, is supposed to lead four ministries and get a to name the member of the National Assembly. This would be Igor Zorčič, while Zdravko Počivalšek would remain as in the Ministry of Economic Development and Technology, Lilijana Kozlovič has been mentioned to take over the law department, Urška Ban public administration, and Robert Celec could be selected to take over the education department.

In addition to the ministries mentioned above, the NSi could also receive a department for labor, family and social affairs, but who the minister will be is not yet clear, since the aforementioned candidate, Cveto Uršič, is expected to see himself more than the minister, as secretary of state.

The DeSUS party will have a minister and they will also run a demographic office. Aleksandra Pivec is expected to remain at the Ministry of Agriculture, while Tomaž Gantar would take over the Ministry of health.

The Commission will launch the debate over military recruitment new week

On Tuesday, the commission will consider in the first reading of the draft amendment to the Law on Military Duty, which was introduced by the SDS into the procedure, proposing the reintroduction of military recruitment. Although the Coalition Treaty provides for the gradual introduction of the recruiting system, the new coalition clearly does not have sufficient support to take it in the form envisaged by the SDS proposal.

If the newly formed Slovenian Government alongside Janez Janša as the new Prime Minister supports the military recruitment new week, it will go into effect with September 1st of this year.

Migrant crisis and Coronavirus in Slovenia

Janez Janša will have to deal with the ever-growing problem of the Migrant crisis on the border with Croatia and an even greater number of Coronavirus infections. At that time, the first personnel moves are expected – the appointment of a narrower team, and the replacement of the first among intelligence officers.