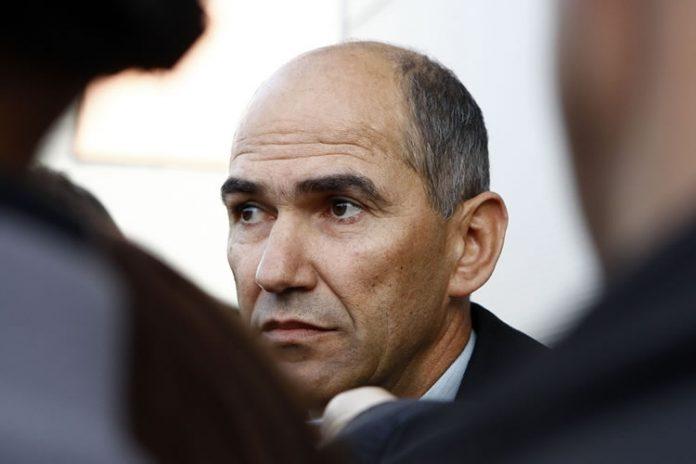 The leader of the opposition SDS, Janez Janša, will be formally nominated as prime minister today.

The center-right SDS formed a majority coalition with the center-left Party of Modern Centre (SMC), the conservative New Slovenia and the pensioners’ party Desus.

President Borut Pahor is expected to nominate Janša for the post of the prime minister, to replace outgoing center-right Prime Minister Marjan Šarec who resigned last month. Janša is expected to be confirmed by parliament next week.

Janez Janša led the Slovenian government from 2004 to 2008 and from 2012 to 2013. He will have 15 days after being confirmed as prime minister to form a government. Parliament is expected to confirm the new government by the end of March. Janez Janša is an admirer of Hungarian Prime Minister Viktor Orbán.

What kind of changes will Janez Janša as the new Slovenian prime minister make?

The coalition government that is being formed by Janez Janša is planning to reintroduce military conscription, effectively secure the border (as SDS politics is anti-immigration), decentralize the country and increase local government funding, as well as introduce a general child benefit.

The reintroduction of conscription will happen gradually. Mandatory 6-month military service as Janez Janša wants to reintroduce was abadnoned in Slovenia in 2003. Janez Janša as the new Slovenian prime minsiter also pledges to “take care” of the situation regarding the police force and to implement asylum procedures.

The parties have also committed to implement the Constitutional Court ruling mandating equal funding of private and public primary schools and complete the system to fund science and research.

The coalition pledge to put in place a housing scheme for young families, build rental flats and establish a demographic and pension fund, headquartered in Maribor. Slovenia’s second city will also host a government demographic fund. Pension rights are not to be changed.

Furthermore, in the draft, the pledge of Janez Janša includes extra financing from pubic and other funds in order to establish financially sustainable and stable financing of the national health system and long-term care, and take effective measures to cut short waiting times in healthcare by engaging all staff resources.

The coalition would also like to reform land policies and the Farmland Fund, amend the co-operatives act and regulate production and use of cannabis in medicine and industry.

The coalition agreement sets out that the partners are taking the responsibility to manage the state according to voters’ will, constitutional values, and rights and obligations as set forth in the agreement, based on the principles of equality and partnership.d.

Under the draft, the SDS will be responsible for the departments of home and foreign affairs, finance, culture, which includes media, as well as the environment, diaspora and cohesion. The SMC was allocated the briefs of education, economy, public administration and justice, the NSi labour, infrastructure and defence, and DeSUS health, agriculture and the demographic fund.

Slovenia will have a new government within weeks. It will be the third led by Janez Janša.