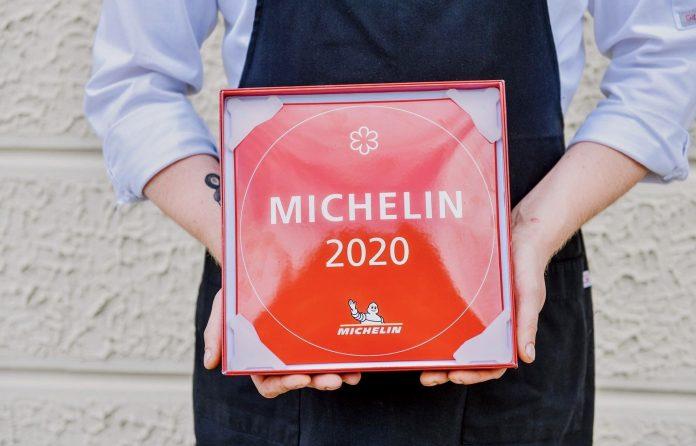 The wait is finally over as the prestigious french restaurants guide Michelin finally revealed the first-ever Michelin Stars in Slovenia.

Last November it was announced by the Slovenian Tourist Board that Michelin Guide, as well as the prestigious Michelin Stars, are coming to Slovenia and will be releasing its famous and first Slovenian Michelin Guide in March of 2020. The arrival of the renowned Michelin restaurant guide was presented at last year’s edition of Days of Slovenian Tourism and is the result of important steps that Slovenian gastronomy has made in the field of development and increasing the recognition and reputation of Slovenia as a destination for top gastronomic experiences.

Michelin Guide was supposed to unravel the first Michelin Stars in Slovenia back in March, however, due to the Coronavirus epidemic, the reveal and release of the Michelin Guide in Slovenian were postponed until further notice. It wasn’t until the middle of May that the famous french restaurant guide Michelin together with the Slovenian Tourist Board (Slovenska turistična organizacija) announced that they will be announcing Slovenian Michelin Star recipients on June, 16th at 11 am.

The anticipation over the last few weeks grew steadily both in the restaurant kitchen as well as among the culinary enthusiasts in Slovenia. The arrival of the Michelin guide to Slovenia represents a great opportunity for Slovenia to increase its profile as a top gastronomic destination and to raise the quality of Slovenian gastronomy, and for the most excellent Slovenian restaurants a unique opportunity to gain the Michelin star they been dreaming about.

The printed version of the red Michelin guide in Slovenia will be published this year, which further emphasizes the importance of gastronomy as a key development and promotion theme of Slovenian tourism in 2020 and 2021, especially since both gastronomic and touristic sectors were hit hard during the epidemic.

The wait is finally over and we are happy to announce who are the first-ever receipts of the Michelin stars in Slovenia. Michelin Guide inspectors were impressed with Slovenia, both as a country but also with the restaurants, where they enjoyed their meals. What impressed them, even more, was the sustainability factor.

The arrival of the Michelin Guide is an opportunity for even greater quality in Slovenian gastronomy, as well as for other providers in the direction of creating and upgrading the complementary offer at the destination. Namely, it has been proven that the destinations have increased the number of visitors, their consumption, and overnight stay due to the Michelin-starred restaurants. Michelin stars are a motivation for raising quality and developing other tourist offers in the destination, and their positive impact can be seen in other sectors, too. The practice has shown that an individual successful restaurant can lift the entire local economy.

Michelin Guide and Michelin Stars in Slovenia, but what do Slovenian chefs think about them?

Gastronomy has always been one of the key elements in promoting Slovenian tourism. As such, it has been recognized by various stakeholders in the Slovenian tourism industry, who have united themselves in the vision of the development of Slovene tourism in the direction of unique sustainable boutique 5-star experiences.

Recently we have set down with Slovenian chefs to talk about the arrival of Michelin in Slovenia.

Slovenian Michelin Stars and those across the Slovenian border

There are currently over 2000 restaurants around the world, who are the proud recipients of (one, two,or even three) Michelin star(s).

The Michelin Guide just unveiled the new selection for the fourth edition of the MICHELIN Guide Croatia 2020 in March.