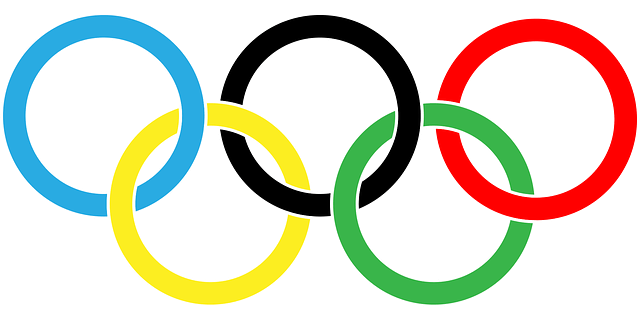 The Tokyo Olympic Games will start on 23 July, 2021 and run to 8 August after being postponed for a year because of the coronavirus pandemic.

The International Olympic Committee’s (IOC) executive board met on Monday to make the decision.

The Olympics will still be called Tokyo 2020 despite taking place in 2021.

IOC president Thomas Bach said: “I am confident that, working together with the Tokyo 2020 Organising Committee, the Tokyo Metropolitan Government, the Japanese Government and all our stakeholders, we can master this unprecedented challenge.

“Humankind currently finds itself in a dark tunnel. These Olympic Games Tokyo 2020 can be a light at the end of this tunnel.”

International Paralympic Committee president Andrew Parsons added: “When the Paralympic Games do take place in Tokyo next year, they will be an extra-special display of humanity uniting as one, a global celebration of human resilience and a sensational showcase of sport.

“With the Tokyo 2020 Paralympic Games 512 days away, the priority for all those involved in the Paralympic movement must be to focus on staying safe with their friends and family during this unprecedented and difficult time.”

For the first time, the International Olympic Committee (IOC) has set a timetable for deciding the fate of this year’s biggest summer event – the Olympic Games in Tokyo. Due to increasing criticism that the preparations for the “Tokyo Big Show” are going according to plans. The IOC discussed the backup scenarios for the Olympic Games, which should start on July 24 and last until August 9.

They stressed that the situation in Japan is better than elsewhere in the world, but they understand the organizers want to ensure the best protection for public health. They added, however, that they could not ignore the situation in Member States where the outbreak of COVID-19 claimed many casualties.

The decision to postpone both events was taken to protect the health of the athletes and everyone involved, and to support the containment of the Covid-19 virus.

The new dates also took into consideration the rest of the global sports calendar after the men’s football European Championship was postponed to the summer of 2021.

The World Athletics Championships, originally set to take place in Oregon, USA, between 6 August and 15 August 2021, will now be postponed until 2022.

If that is moved back exactly a year it would clash with the Commonwealth Games in Birmingham which is set to take place between 27 July and 7 August.

They stressed that the situation in Japan is better than elsewhere in the world, but they understand the organizers want to ensure the best protection for public health. They added, however, that they could not ignore the situation in Member States where the outbreak of COVID-19 claimed many casualties.

The IOC is monitoring the situation with Coronavirus

The IOC adds that in the coming weeks they will have to face a number of challenges, including the study of rented accommodation for both federations and fans, calendars and the competition schedule of 33 sports in which they will compete in the Olympics, and any change in venues that are no longer due to the current situation suitable for competitions.

The Canadian Olympic Committee is the first to announce that it will not send its athletes to the Tokyo Olympics if they take place on the original date of July 24 to August 7. The Canadians decided to resign as soon as Japanese Prime Minister Shinzo Abe first hinted that the Olympics could be postponed.

Meanwhile, Australians also said it was clear there would be no games for them this year and they should start preparing for the Olympics next year.

The International Olympic Committee announced on Sunday night that the fate of the Tokyo Olympics will be known in the next four weeks. For the first time, Japanese Prime Minister Abe also spoke openly about the possibility of relocation, stubbornly claiming that the games would be carried out in the original term.