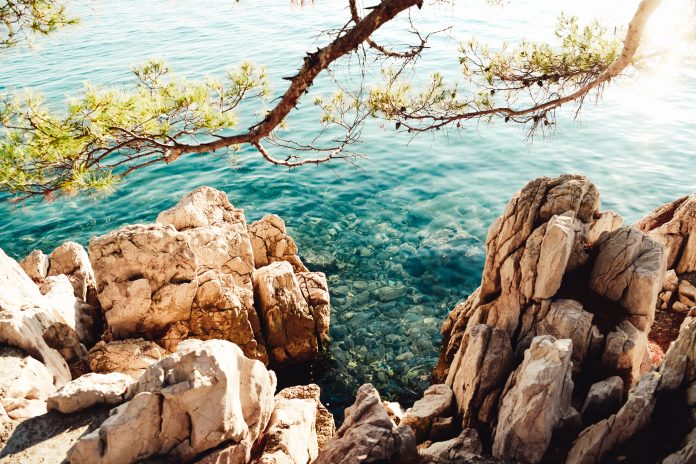 Cres – The Largest Island in Croatia

The moment you arrive on Cres, your troubles back at home melt into the distant past. Scrub and olives contrast with white rock and give way to azure seas and blue skies. Somehow, Cres island has been relatively unscathed by the ravages of the tourist industry, leaving both its natural environment and its towns and villages just as they should be.

Cres town is today’s capital of the island. The gothic architecture you’ll find here owes much to the island’s long connection with Venice – it was annexed to the Venetian Republic for much of the period between the year 1000 and 1797. There are a number of fine churches and palaces, one of which houses the Cres museum with its collection of sculptures, icons and prehistoric and Roman artefacts. The town’s main square has been renovated, and the atmosphere there is supremely relaxing. Cres town has a large marina and a string of shingle beaches, and although it’s largely unspoilt, retains an unpretentious feel.

If you have the opportunity to tour at all (Cres is difficult to negotiate if you don’t have your own wheels), the town of Lubenice is something you should definitely not miss. This old village’s setting on a high cliff against the backdrop of the sea is absolutely spectacular. Hundreds of metres below you, the colour of the sea against the yellow shingle beach is incredibly inviting, but the idea of the climb back up the hillside is equally off-putting for all but the most determined pleasure-seekers. Lubenice is known for hosting exhibitions of photography and for its musical evenings.

Moving south again towards the point where a short road bridge connects Cres with the island of Lošinj, you pass by beautiful freshwater Lake Vransko. It’s fenced off since it ensures the islanders’ supply of drinking water. Finally, Osor town, which once used to be the administrative centre of the island, is now a quiet stone village basking in the sunlight and its reputation as an artists’ colony. You’ll see modern sculptures adorning the streets and squares, and if you’re lucky enough will catch the summertime Osor Music Evenings. The former town hall on the main square now houses the Archeological Collection of Osor.

So close to the mainland and so easy to get to thanks to the bridge, Krk is not only the second largest Croatian island but also has one of the most developed tourist industries

Krk is rich in both human and natural history. The island was once the seat of the Frankopan family – a powerful dynasty of Croatian counts and nobles who built many of the forts, churches and monasteries you’ll come across on your travels through Kvarner. Christianity arrived here in the 5th century, and has remained exceptionally strong, so the island is dotted with churches, some early Christian, others with a characteristic onion dome topping the bell tower. The Glagolitic script brought to the Slav lands by Saints Cyril and Methodius took very firm root here, and many inscriptions of great historical significance have been unearthed, or can be seen on buildings, lending an air of the exotic with lettering which resembles a secret code written in the shape of mushrooms and cherries!

Krk Town is the island’s capital, and inside its walls is a lovely little maze of stone streets. Since there’s quite a lot to see, it’s a place to stay in or visit for a day, but be prepared for crowds in the height of summer. There’s a little beach just under the city walls, a pleasant spot to bathe.
For gastronomy, we recommend you head for Vrbnik, topping a steep hillock on the northern coast, with a tiny emerald-green harbour at its feet. In the maze of narrow streets and stairways, locals say, is the narrowest street in the world. The town is surrounded by vineyards where žlahtina, a type of wine unique to Krk, has been made for generations. Wandering through Vrbnik you have the overwhelming impression that old wine barrels lie abandoned everywhere, and the smell of wine permeates everything. Vrbnik is blessed with a couple of very famous restaurants.

If you’re already in Vrbnik, we recommend you take a detour to the small village of Dobrinj. The vineyards soon give way to cool deciduous forests. The road winds uphill, and when you come to the village you start to think of Tuscany. The view from the lovely Church of St Stephen with its wide, stone-flagged, roofed porch encompasses the lush forests of the island interior, hillsides punctuated by dry stone walls, and the entire Kvarner Gulf. A little further north of Dobrinj is the Biserujka Cave, the only one of fifty on the island open to the public. As its roof is so close to the surface, rain water seeps through the rock and has formed incredible stalactites.

Brač is a great rocky lump basking in the channel between Split and Hvar. It’s fringed with paradise beaches in white pebble and sand, and covered in pine, olive and other Mediterranean trees and shrubs. Wandering through the pine forests, olive groves and scrub, you come across remnants of civilisations reaching back to prehistory. In the hospitable island taverns, you feast on vegetables grown in the hard-won but fertile soil and lamb reared on wild herbs alone, washed down with home-made red wine, the distilled essence of the sun. The island’s spine offers spectacular views of the mainland and neighbouring isles, and you breathe in the smell of wild herbs crushed underfoot.

Brač has been somewhat overlooked as a holiday destination and we believe this is one of the reasons you’ll find it so special. Since the island is so close to the mainland and even has its own airport it’s perhaps easy to underestimate how isolated some of its communities are. The upside of this is that you can still experience a way of life here that hasn’t changed for centuries, avoiding the brash commercialization that is the fate of so many summer destinations. But perhaps the most disarming thing is the honesty of the people here. You’ll be greeted by people with a sincerity rarely encountered in a tourist setting, a people who have a deep connection with their home which they are ready to share bounteously. This may be tempered at first by a modicum of suspicion, which is perhaps understandable: for some people a visit to the mainland is a rare occasion, and the outside world is something strange and unknown.

Brač is for you if you cherish the rough together with the smooth: the texture of stone, the rocky terrain; the temperament of a people raised on back-breaking toil but unable to live without good humour and company; the bitter tang of a good olive oil, the aroma of sheep’s cheese and the warm tannins of a home-made wine. That’s not to say you can’t enjoy the creature comforts of civilisation, but to get the most out of your stay we recommend you try to leave those as far behind you as possible.

Island Hopping –What to Know & Where to Go, What to Drink & Where to Eat