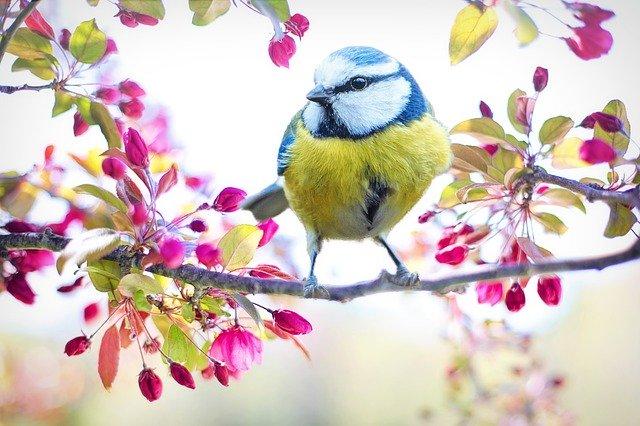 In Slovenia, we have our own version of Valentine’s Day; it is called Gregorjevo (St. Gregory´s Day) and is linked to an old folk custom announcing that birds are getting married and spring is coming.

It only makes sense that a country with the word love in its name should celebrate love with special gusto. Love is in the air year-round, but lovers can celebrate it at least on two separate occasions: first, on Valentine’s Day in February, and second, on St. Gregory’s Day in March. Oral folk tradition has it that on St. Gregory’s Day birds are joined in wedlock. In the days of yore, it was custom for the maidens to look up into the sky on this day; it was believed that the first bird they would see indicated what type of husband they will end up marrying. St. Gregory’s Day is also when the first hint of spring fills the air.

Until the 16th century, when the old Julian calendar was in force, St. Gregor reared on the first spring day at the spring equinox. By changing the calendar system from Julian to Gregorian in 1582, Gregorian’s system has moved backward, so it is now celebrated on March 12. The new division of the year was introduced by Pope Gregory XIII .. and in the Austrian Empire, the calendar came into force in 1584.After Pope Gregory XIII. it is also called the Gregorian calendar, and the name of the celebration was given by Gregor I., more commonly called Gregor the Great. Gregor the Great died on March 12, 604. His Roman Catholic Church is no longer celebrated on the day of his death, but on September 3, the day he became Pope. In his honor, seven churches were built in Slovenia.

According to legend, Gregor as a baby to a craftsman – a miller – swam in a wooden object across the water. Also known is the German proverb ”Gregor macht den Tag gleich der Nacht”, in the Slovenian translation ”Gregor makes the day the same night.”

Sending light down the river

The success of lowering the lights through the water was succeeded by the pre-Christian rite, at which fire was put on or in the water. The fire was an attribute of Perun, as was wood and pitch. The water was Veles, its roots also. By the ritual in which the people who controlled the fire were put into the water at the transition from the old to the new year in the world, they established a new order and by this act – according to belief – gave nature the power of new birth.

Places with a long-standing tradition of crafts and trade believed that St. Gregory “tosses the lamp into the water” as the days have become longer and artificial light is no longer needed in workshops. Over time, the tradition of crafting lamp-lit miniature boats and houses, so-called “gregorčki”, and sending them off downstream was born. This spectacle takes place on the eve of St. Gregory’s Day. Some of the tiny vessels are veritable pieces of art, and attending the custom is quite the treat. Mostly, they are made by pre-schoolers and school children.

Many events are organized to celebrate St. Gregory’s Day

To experience the authentic feel of this special festival of light, visit Tržič, Kropa and Kamna Gorica, where it is particularly ingrained in the mentality of the townspeople. However, other places across the country have similar customs. In Ljubljana, the tiny “gregorčki” vessels are sent down the Gradaščica Stream which is a tributary of Ljubljanica. The tiny lamps are not only a symbolic ritual, but they also create an atmosphere of romance that you should not miss out.

In Kranj, they will send lights down the river Kokra, illuminating the whole canyon beneath the city. On the eve of St. Gregory’s Day it is a tradition to let little boats with candles float down rivers. They will meet at the banks of the Kokra River to say goodbye to short winter days with this custom and to welcome the spring that is coming, bringing with it more sunlight and warmth.

Made in Slovenia: Wavy Surface