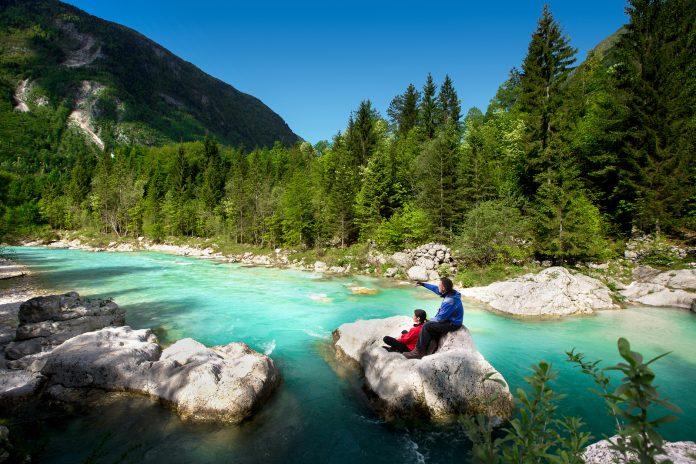 Slovenia Highlights: The best Where to go, what to see, what to eat, what to feel?

Slovenia, with its 20,273 km², is like Europe in a nutshell. On such a small surface area, it combines the Mediterranean, Alps, the Karst, and the Pannonian Basin. More than 60% of its surface area is covered by forests, it is home to around 26,000 km of waterways, it boasts over 300 lakes and more than 10,000 underground caves. The incredible natural treasures have given birth to 15 certified natural health spas and three wine growing regions, the home of 53 different species of vine. We have developed 365 typical local and regional foods and beverages. Find otu best Slovenia highliights.

Ljubljana – the capital of Slovenia

The tongue twisting capital of Slovenia is the figurative and (almost) literal centre of the ountry, with nearly three times more inhabitants than any other Slovene city and an even arger share of its commercial, administrative, cultural and educational activity. In 2014, Ljubljana notably celebrated the 2000th anniversary of the founding of the Roman settlement of Emona, whose ruins lie underneath the present day city.

However, according to the local legend the origins of Ljubljana go back even further, namely, to the turn of the first millennium BC, when Jason and Argonauts stopped for a time. Regardless of the legend’s historical accuracy, it continues to live on through the dragons adorning its bridges, flags and more.

Arguably the capital’s most recognizable sight, Ljubljana Castle sits atop the hill around which the city grew. It has gone under many reconstructions over the centuries and is chock-full of points of interest, but the panoramas of the city it provides is worth the trip alone. What are the best things to do in Ljubljana? Read more about Ljubljana …

From the same team that’s been publishing Slovenia´s acclaimed In Your Pocket city and regional guides since 2008 and authors of the best-selling THE Slovenia Book, we are proud to present THE Ljubljana Book. Get the best of the beautiful Slovene capital in one elegant package!

If there was a tick sheet of things a tourist or traveller would want from a place based purely on aesthetics, it would probably run something as such; big blue lake, idyllic island, iconic church, domineering castle atop a hill. Lake Bled has all of this, with the added bonus of the church sitting proudly in the middle of the island. It is one of the most popular destinations in Slovenia, and for good reason.

Traditional wooden boats – pletnas – have been taking visitors to the island in the middle of the lake for centuries. These boats are operated by standing rowers known as pletnars. After landing, guests climb 99 stone steps to reach the Assumption of Mary Church. On this island, which is the subject of legendary tales, listen to the church bell and ring it yourself. Legend has it that this will make your wishes come true.

As you return to the lake shore, view the island on the lake from the castle or from the walking and horse-carriage trails that lead you around the lake. Take a ride with Bled coachmen, known as fijakers! Read more about Lake Bled …

In addition, its numerous restaurants not only turn out some of the best seafood we’ve ever eaten, but also serve it in some equally unforgettable settings. Metre for metre this petite Venetian port can hold its own against anyone, including the imperial capital just over the horizon that was responsible for much of its fortune through the salt trade. In fact, it’s commonly said that the town was built on salt. Read more about Prian …

Lipica – the birthplace of the famed white Lippizzaner horses

The Lipica Stud Farm has flourished tremendously since its conception almost 440 years
ago. Set amongst beautiful natural surroundings, it is not only home to more than 350
Lipizzan horses, but also very rich in history. Since its foundation by the Habsburg Archduke
Charles II in 1580, Lipica has become one of the most prominent attractions Slovenia
has to offer. One of the many reasons this stud farm stands so proudly today is the origin of
the Lipizzan horse – one of the oldest cultural horse breeds in the world. Besides this, Lipica
is also one of the world’s oldest stud farms.

With its exceptional heritage, it is one of the most beautiful cultural and historical monuments of the Republic of Slovenia. In many ways, it is an exclusive and unique destination on the worldwide scale. This is why it has recently applied for UNESCO World Heritage List registration. The Lipizzan horses are famous for their eagerness to learn. Best of all, they have been particularly well-trained in the art of dressage riding, which has enabled a large assortment of activities and events to occur frequently, making now more than a fine time to pay a visit. A must-see are the presentations of the Lipica Classical Riding School (scheduled every Tuesday, Friday, saturday and Sunday in summer and every Tuesday, Friday and Sunday in spring and autumn.) and a show called A Tale of Lipica. Read more about Lipica …

Postojna cave – the most visited cave in Europe

With more than 20km of galleries already found within, Postojna is home to the most visited show cave in Europe. Open every day all year long, only a fraction of these galleries are open to the public, but it is di cult to do justice to the majesty of the caves with mere words.

The Living Nativity in Postojna Cave presents the best approximation of the original, erected almost 800 years ago by Francis of Assisi in the cave near the solitary hilltown of Greccio. While looking at our own cave backdrop 30 years ago, the idea of a live nativity scene in Postojna Cave was born quite spontaneously. Our first attempt was a modest one, a static theatre piece erected in Tartarus, a section of the cave not part of today’s tourist trail. The idea was bold and revolutionary, as this was the first live nativity scene in Slovenia outside of a religious building. Read more about Postojna cave …

Covering 72km2 of rolling hills between the Soča River and Italian border, Brda is one of Slovenia’s foremost wine-growing areas and only an hour’s drive from Ljubljana. Often described as a miniature version of Tuscany, every hill seems to be topped with a large church surrounded by a charming little village, while the hillsides and valleys in between are blanketed with vineyards, orchards and winding country roads.

Aside from a few larger estates and one cooperative, most of the vineyards are smaller family-run operations, and almost all offer some combination of wine tastings, tours, meals, accommodation and of course wine sales. The region is also known for its traditional Italian-influenced cuisine, and a trip to Brda without enjoying a slow multi-course meal on a terrace overlooking the vineyards almost defeats the entire purpose. Found out the best winemakers in Goriška brda. Read more about Goriška brda …

As one transcends the winding road up from Tolmin, or descends the southside of Vršič ountain pass, they become mesmerised by flashes of turquoise appearing at their side. Steal a glance or two and you realise it is an enchanting river, none other than the Soča.

Along its banks, in its catchment area, several towns and numerous villages have lain since the Slavic tribes settled here in the 6th century, the ancestors of modern day Slovenes, their luck untold. It is a beautiful valley, in the truest sense of the word. Towering rocky mountains of Triglav National Park, lush green forest and that crystalline water on pure white stones. Breathtaking.

For those who can appreciate natural beauty, or enjoy it through outdoor activities like hiking, mountain biking, fly fishing, whitewater rafting or paragliding, it’s perfection. Its significance in modern history undoubtedly draws visitors too, the world wars having seen key front lines on this territory. The stories of war and the area’s heritage are told through excellent indoor and outdoor museums, mountain trails and historical remains such as the medieval Kluže fortress, all linked by the Walk of Peace. Read more about Soča river …

There is not a more unique place in Europe than Slovenia, sitting at the crossroads of great European cuisines from the Mediterranean and Karst, Pannonian Plain and the Alps. This is also the home of the best female chef in the world, Ana Roš, as well as several other of the top 100 chefs and restaurants in the world, and our unique evaluation The Slovenia Restaurant Awards.

Triglav Lakes – what a beauty

The Valley of the Seven Lakes features seven permanent and a few intermittent lakes, which means the landscape of the lakes slightly changes from season to season, providing you with unique sights. You will be impressed by their natural colorfulness, also evident from their names – the Green, Brown, and Black Lake.

Coming from Bohinj, the Valley of the Triglav Lakes is accessible from Stara Fužina, from where you continue via Vogar, Mounts Viševnik and Ovčarija to the Hut by the Triglav Lakes (Koča pri Triglavskih jezerih) (1685m), which is about a five-hour walk. If you drive to Mount Blato to access the Valley via Bohinj mountain range, you save about 1.5 hours of walking. Read more about Trglav lakes …