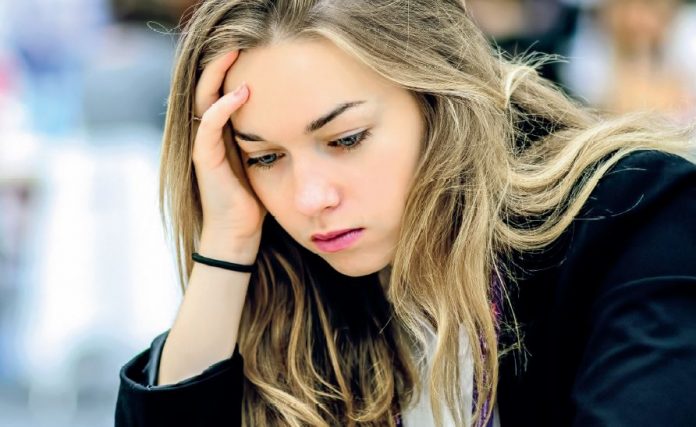 Laura Unuk began playing chess at the age of seven, just a few years later she won the Slovenian Girls Chess Championships U10 category (2009), followed by the U12 and U14. She has played for Slovenia five times in both team and individual events, winning gold and silver medals in the European Girls’ U18 Championships and won the World Youth Chess Championships U16 category. She currently holds the title of Woman International Master (WIM) which she was an award in 2014 and in October 2017 was ranked the No. 1 Slovenian female player. She is also the first Slovenian to win International Master’s title.

WHEN DID YOU START PLAYING CHESS?

The first time I moved chess pieces on the board was when I was 7 year old. My grandfather asked me to play a game of chess with him and that is how it all began. In my elementary school I started visiting a chess class and soon I was competing with boys and girls older than me.

WHAT DO YOU LOVE MOST ABOUT THE SPORT?

For me chess is a sport because you have to be well prepared, physically and psychologically. What attracts me about chess the most is how no game can be the same and how every chess player is creating his own ideas, moves and plan during just one game.

IS THERE MUCH OF A CHESS SCENE IN SLOVENIA?

Slovenia is a small country and so there are not a lot of chess competitions that are attention-grabbing for top players. However, I know a lot of people who are trying to open the chess world to young non-chess players with a hope that Slovenia could continue showing its talent to the world.

YOU’VE TRAVELLED A LOT FOR COMPETITIONS. WHERE WAS YOUR FAVOURITE DESTINATION?

I love travelling in general but the places where I can relax and walk in nature are my favourite. Countries where I feel safe and comfortable such as Iceland, Norway, Latvia were my favourite destinations to visit and play chess there.

DO YOU GET MUCH TIME FOR SIGHTSEEING OR BE A TOURIST DURING COMPETITIONS?

Being in a city for 10 days and seeing almost nothing of it is the life of a chess player. We tend to be serious during a chess tournament and prepare for every game so all free time usually goes for chess. However, there is always at least one day when you need to take a break and enjoy the city and discover its specialties. I like to take a walk and breath in some fresh air before the competition starts and that is how I get to know the city.

YOU’RE AN INTERNATIONAL MASTER IN CHESS. HOW DID YOU GET THIS TITLE?

Getting a title is a complex thing in chess, because you need to play three tournaments very well to get a norm for the title. A chess player has to fulfil special conditions, such as number of titled opponents, number of foreign players, number of wins and so on. I am currently a woman international master, however in April 2018 I got my last norm for woman Grandmaster which I am very happy about. My goal is to continue getting more norms for man titles and hopefully my next title will be man International master. HOW

DO YOU TRAIN FOR CHESS?

Chess training is different for every person. When I work alone I concentrate on my physical condition and on tactical chess skills. When I train with coach he shows me new strategies in different positions and we also work on a chess theory called chess openings.

WHAT DO TEENAGERS DO FOR FUN IN LJUBLJANA?

I am a frequent traveller and so I don’t usually enjoy fun life in Ljubljana. I mostly just come back home to study for my exams and then leave again. What I like most about Ljubljana is that it has a lot of different options for fun. Many bars, clubs but it also has a lot of sport clubs, natural parks and swimming pools, so every person can enjoy the city.

WHAT ARE SOME INTERESTING DESTINATIONS IN SLOVENIA FOR TEENAGE VISITORS?

If you decide to visit Slovenia, Bled is a must see destination. There are so many things to see in this small country that it is impossible to write all of them down, but if you are looking for relaxation in nature you are at the right place everywhere. Night life might be the best in bigger cities such as Ljubljana, Maribor, Portorož and Celje.

DO YOU INTEND TO PURSUE CHESS PROFESSIONALLY?

Being a professional chess player is not an easy job, especially in Slovenia because there are not many opportunities for progress due to lack of strong chess tournaments. For me, education comes first and I hope that I can play chess and study in University at the same time. After University it is not clear yet what I will decide to choose as my profession.

WHAT DOES THE LIFE OF A PROFESSIONAL CHESS PLAYER LOOK LIKE?

The life of a professional chess player is the same as a life of any professional sportsman, except that they have to work more on their physical strength but chess players have to concentrate on their mental state, a bit physical preparation and mostly about all the new chess moves that are being played every day by the best players. You have to follow all the strong competitions and prepare for your following tournaments. If you become a professional, chess becomes your life and you have to work hard every day.

The story of Melania Trump