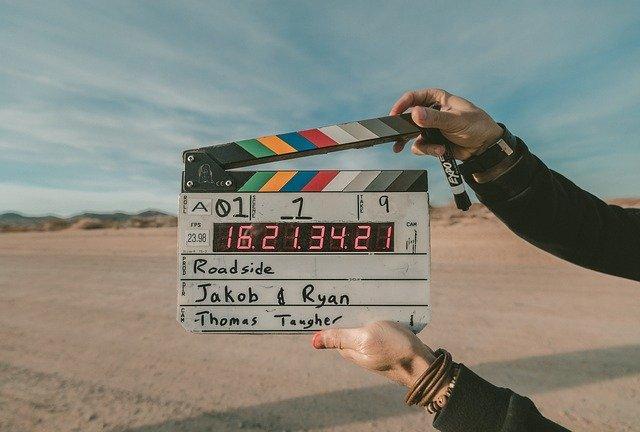 With all that “free time” on our hands, the most frequent question is which movie to watch while in quarantine? There are so many good movies it is almost impossible to pick one to watch!

No worries, we are here to help. We have come up with a list of top movies for you to watch while stuck in quarantine.

Who allowed you to be this gorgeous in loungewear?

Olivia Wilde’s directorial debut is the perfect movie to watch in a virtual group (stay home). After all, it’s all about high school seniors Molly (Beanie Feldstein) and Amy’s (Kaitlyn Dever) quest to fit in one big blowout night before graduation, after years spent studying rather than hanging out with their peers. Are your friends double booked? No worries. There are more than enough vibrant characters in here to keep you company.

One by one, a poor family in South Korean manages to infiltrate the lives of an upper-class family, but their obsession with upward mobility quickly turns lethal.

It’s a contemporary spy thriller, so there will be some unavoidable real-world parallels here. But it’s also the best Mission Impossible movie. Tom Cruise hangs off of a helicopter one-handed. Henry Cavill’s mustache caused lots of drama for production (as he had to play clean-shaven Superman in Justice League reshoots at the same time). Everyone saves the day. Isn’t that what we want to watch right now?

I’m coming out of this a gourmet chef. Just sayin …

In 2002, Julie Powell took on a peculiar challenge: She would cook her way through Julia Child’s seminal cookbook, Mastering the Art of French Cooking, completing 524 recipes in 365 days. Nora Ephron’s film documents that challenge, juxtaposing Julie’s (Amy Adams) life with that of her hero and muse, Julia Child (Meryl Streep), as the two women face similar crises of confidence and seek to find themselves through the joy of food. Hot tip: Don’t watch this on an empty stomach.

This movie, directed by Paul Feig (Bridesmaids), is crazy in the absolute best way. Anna Kendrick plays single mom Stephanie, a mommy vlogger who befriends the mysterious and seductive Emily (Blake Lively). But when the latter suddenly vanishes into thin air, Stephanie starts to dig into her friend’s past — and finds out there’s more to Emily than chic suits and a penchant for very dry martinis. She’s downright sinister. If you — like me — have not worn anything other than sweatpants for nearly a week, let this film remind you that better sartorial times lay ahead. Enjoy the loungewear while you can.

I want to be sad, but also glamorous is the theme here.

Let me rephrase. You should absolutely prioritize reading the Leo Tolstoy classic that this Keira Knightley starrer is based on. It’s got just the right amount of sweeping drama to make you briefly forget that we live in end times. (P.S. Take my advice and skip the wheat parts. It’s called editing, Leo!) But if you’re just not feeling up to a bazillion page Russian novel and still want to experience doomed love in the cruel Russian winter, with the added bonus of fabulous jewels, a blonde Aaron Taylor-Johnson as Vronsky, and Matthew Mcfadyen’s excellent handlebar mustache, then go right for Joe Wright’s imperfect, but oh-so-escapist adaptation.

I mean…you do you. If you’re this person, my guess is you’ve probably already watched Steven Soderbergh’s Contagion, aka the one where Gwyneth Paltrow kills half the planet. If that’s the case, turn your attention to 1995’s Outbreak, which stars Dustin Hoffman and Rene Russo as doctors trying to save the world from a deadly virus spread by a monkey illegally transported to California.

Do you miss your friends? So do I…

Sofia Coppola’s reimagining of the real-life tale of a group of friends charged with breaking into celebrity houses and stealing from them is the original summer scam movie. Paris Hilton, one of the celebrities who were most impacted, even makes a cameo along with fellow victim Kirsten Dunst. Come for Emma Watson’s perfect line delivery of “I just wanna rob!”, stay for the pure thrill of watching people go through the trouble of stealing Juicy Couture tracksuits and rainbow baby Louis Vuitton bags.

… and then there were Loki and Thor … played by Tom Hiddleston and Chris Hemsworth. I will leave you at that.

There’s honestly not a huge need for you to watch Thor: Ragnarok before Endgame, but it’s just a really good movie, okay? But, some characters that don’t make it into Infinity War but show up in Endgame are first introduced in Ragnarok, like Valkyrie (Tessa Thompson).

Real Succession fans already know that this is Matthew Macfadyen’s second-best performance. His Mr. Darcy is just the right amount of broody — when he smiles, you’ll feel a tingle all the way down to your toes! Keira Knightley plays Elizabeth Bennet, the second-eldest of five sisters who faces mounting pressure to marry in order to save her family from ruin. The question is: Can anyone really match her quick wit and intellect? And can she overcome her pride at being snubbed by the one man who can?

If you’re looking for a real nostalgia trip back to the very beginning of the MCU, watch Iron Man. Even though we’re 21 movies past the one that started it all, nothing will ever be more exciting than Nick Fury showing up in Tony’s (Robert Downey, Jr.) house saying he wants to talk about “The Avengers Initiative.” Back then, no one could have ever predicted the success of this film franchise, and it’s crazy to watch so many things set up all the way back in 2008. Tony Stark also makes a MySpace reference like 10 minutes into the movie, which is bonkers enough as it is.

10 Things I Hate About You

Of all the ’90s and ’00s comedies that set a Shakespeare play in a modern high school, 10 Things I Hate About You is the best, right? Only Heath Ledger and Julia Stiles could do justice to Taming Of The Shrew. Also, honestly, watch this ASAP before Disney+ realizes how overtly sexual it is (Miss Perky alone) and takes it down.

There have been so many Joker movies over the last decade, why not use this quarantine to go back to the arguably the best?

A lot of Infinity War takes place in Wakanda, and it’s likely that we’re heading back there at some point during Endgame. Rewatching Black Panther will give you a refresher on everything vibranium and also why Okoye (Danai Gurira) is a badass. Also, call me a Shuri (Letitica Wright) Truther, but I really don’t believe she was dusted at the end of Infinity War and it’s a major fakeout. It’ incredibly possible that she’s holding down everything in Wakanda, and might take on the Black Panther mantel herself.

Are you going to steal the Declaration of Independence? No, you’re going to sit on your couch with popcorn because it’s raining and watch Nicolas Cage have at it.

Edward Norton’s character finally faces his Brad Pitt-shaped personal demon and ends the scene with a literal bang. A very strange time, indeed. Cue: the Pixies song that you will have on repeat the rest of the day.

This frantic, dramatic, and neurotic exchange between four characters is prime Quentin Tarantino. Every scene is connected to another, and according to theories like this one, this scene could have technically appeared in a different part of the film. Nonetheless, it won’t shake your curiosity about what’s in the suitcase.

Once Upon a Time in Hollywood

This unlikely friendship between a wealthy paraplegic and his new caretaker from the rough suburbs of Paris will make you believe in life, love, friendship, and everything good in the world. The best part? It’s based on a true story.