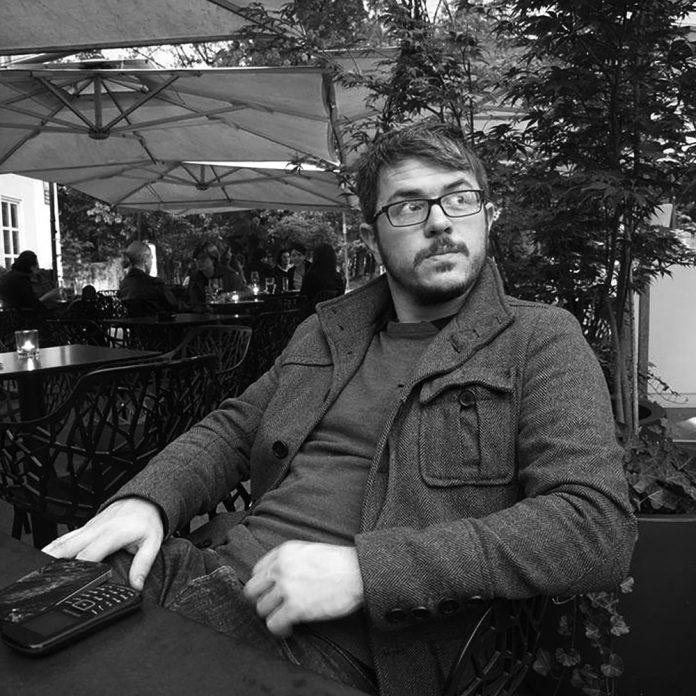 Born in Mid Wales in the middle of the 1980s, a combination of boredom and tragedy saw John William Bills up sticks and head to the Balkans in search of absolutely nothing in particular. Author of ‘An Illustrated History of Slavic Misery’, John William Bills enjoys extremely slow music and Japanese professional wrestling.

What inspired you to start writing?

I don’t know if anything, in particular, inspired me to start writing, I can’t really remember a time when I didn’t do it. I loved pens and paper when I was a child, so maybe it stemmed from there. I was a very easy child to buy presents for.

Have you always dreamed of becoming a writer or a published author?

I never believed that it was something that could be done, so not really. I’m from a rural Welsh town, publishing books was something that people from the big cities did, so it never occurred to me that I could actually find a platform to do it. There was no creative writing encouragement in school, I think anyone who said that they wanted to be a writer when they grew up was largely discouraged from following that route. Not because of any issues with it, just because it wasn’t normal.

At what age did you start writing?

As early as I can remember. I wrote terrible stories as a child, but I mostly created little fantasy sporting worlds, for some reason. It wasn’t escapism, I had a really marvellous childhood full of friends, family and fun, but there was maybe something about the statistics, the organisation, the story of it all, something captivated me. I find it bizarre that people seem to be into either books or sport, rarely both. The storytelling in sport is incredible.

Who is your biggest inspiration or what authors, writers have you looked up to?

Quite honestly, there aren’t any. I have favourites, but I wouldn’t say that I looked up to them or found inspiration from them. When I read the works of my favourite writers I get a creeping sense of dread, a feeling that I might be a charlatan in this creative world, so if anything they give me anti-inspiration. Music is a bigger influence in terms of getting things done, forming new ideas. I get a lot of inspiration from the aforementioned sporting world as well actually, men and women who committed themselves to something. I don’t think people realise how much hard work goes into writing.

What is your favourite book?

‘Invisible Cities’ by Italo Calvino. If you’ve read it, you don’t need me to explain why. If you’ve not read it, go and do so now. Spellbinding.

What authors did you dislike at first but grew into?

I’m not too sure, nobody jumps to mind. There are books that I have gone the other way on, work that I liked when I was younger only to dislike as I got older, Palahniuk, Bukowski, that sort of stuff. Juvenile, angsty stuff. You mellow out as you get older.

What exactly does under-appreciated mean? There are a lot of people in the world, books have been around since the beginning of it all, is anything really appreciated or under-appreciated? I suppose I could say that I don’t hear people talking about ‘Job’ by Joseph Roth enough, or about ‘Invisible Cities’ enough, but then maybe I run in the wrong circles. I appreciate them, so that’ll do for me.

If you didn’t write, what would you do for work?

I would almost certainly work in caring for disabled children. I studied it at university, have always worked well in the environment and have a deep love and care for everything that comes with it.

How many hours a day do you write?

I wake up around 6, go to bed around 9:30/10, usually stop around 7. So maybe 11 or 12, depending on projects and energy. It obviously isn’t constant writing, there is a whole lot of procrastination in there, but most of my active time is preoccupied with words, research, or putting that research into words.

What is your writing process like? Do you need a lot of coffee, prefer to write during the night or …?

Morning, morning, morning, morning. Night people are weird. The morning is the most beautiful time, the serenity of it is so very healthy for the mind. If I could wake up at 5 and not irritate my partner in the process, I would do that. Staying up all night is detrimental to the soul, and no amount of ‘I’m a night person’ will convince me otherwise. You’re not, you’re just rebelling against your parents telling you to go to bed as a child.

As for the actual process, I’ll have a cup of coffee before I get going but I don’t know if that is to do with the writing or the general pace of the morning. I spend the first hour or so working on personal projects, things that are fun, to get into the swing of it all. I’ll then move onto work around 9, working in 75 minute blocks with a little rest every now and then. I like to play darts, so I’ll spend 5 or 10 minutes here and there just throwing darts, getting away from the screen, focusing on something else entirely. But you can’t do that forever, and the work is the important thing. You can’t expect inspiration to magically come, it doesn’t work like that.

What kind of research do you do, and how long do you spend researching before beginning a book?

The research process is never, ever ending. Even as I’m writing things up, the research continues. We live in an incredible time where endless information is available at our fingertips, it is our duty as human beings to make the most of that. There’s nothing stopping people from improving themselves as a project is moving, so why not keep researching while working?

Have you ever gotten writer’s block? What helps you get out of it?

I don’t think so. I always remember a quote, I think it was from Buzz Osbourne of the Melvins, saying that anyone with a creative block should just sharpen pencils for a bit. Do something boring, you’ll soon find yourself itching to do something a little more creative. I think writer’s block is a crutch more often than not. People forget that this is work, it requires time, patience, discipline, sweat, blood and the rest. If you find yourself struggling to put pen to paper, give yourself a moment, work on something else, do something else, then get back to it.

How long did it take you to write the book?

‘An Illustrated History of Slavic Misery’ took about four years to put together, although I’d be lying if I said that was four years of constant work. There was a lot of procrastination, a lot of other things happening. I didn’t even think that doing a book was a plausible idea until maybe halfway into that period. I just enjoyed writing about interesting people from the past. I never contemplated the possibility of it being a book until enough people had suggested it to me.

How did publishing your first book change your process of writing?

It taught me that work is the only thing stopping people from writing and completing things. ‘I’d love to write a book’ is code for ‘I’m too lazy to write a book’. Publishing the book make me realise that the laziness is fatal to writers.

How does it feel once your book gets published? Is there a huge level of excitement to see the book come alive?

I thought there was going to be a rush of excitement, and there is, but it doesn’t really last a huge amount of time. By the time a book is completed, you don’t really want to look at it for a while. But, over time, that pride and excitement does return. I look at it now and get a little shy, a little boyish. It is a tremendous feeling.

Did you ever consider writing under a pseudonym?

Not really, although sometimes I wish I had, especially when it comes to writing about the Balkans. But, and it is a big but, you must own what you write, and hiding behind a pseudonym is a bit childish.

How many unpublished and half-finished books do you have?

I don’t know when this interview will go live, but there are a couple of books about to be published very soon indeed. The first is the next in the Yugoslavia series, a book about Montenegro and the concept of loneliness, titled ‘Pirates’. There is also a book about the good and the great of the Baltic world, called ‘An Illustrated History of Baltic Misery’. As for half-finished, the Serbia book is almost done.

Do you hide any secrets in your books that only a few people will find?

Absolutely, each of my books has a line or two that is in there for the benefit of just a single person. Tiny rewards for the people I love, if that makes sense.

If you could tell your younger writing self anything, what would it be?

That writing isn’t only for people from big cities. That you have the ability and the work ethic to do it, so go and learn how to do it properly. That yes, you can write for a living. I would also tell my younger self that reading is a privilege, so devour as much as you can get your hands on.

What advice do you have for young aspiring writers?

Read, read, write and read. You can never read enough, there’s no better way to understand how you want to write than by reading the greats. And write, there really is no more important advice than that. A lot of people like to say they are a writer but then don’t actually write anything. You don’t have to write things perfectly the first time, but without writing, you aren’t a writer.

An Illustrated History of Slavic Misery

An Illustrated History of Slavic Misery is a ride through the Slavic nations of Europe and the men and women who made them great, from violent warlords to medieval kings all the way to ingenious poets, freedom fighters and a woman who literally fell from heaven. Along the way we learn the answers to some vital questions – Who invented the 20th century? How did World War One begin? Is it possible for a human to deadlift cattle?