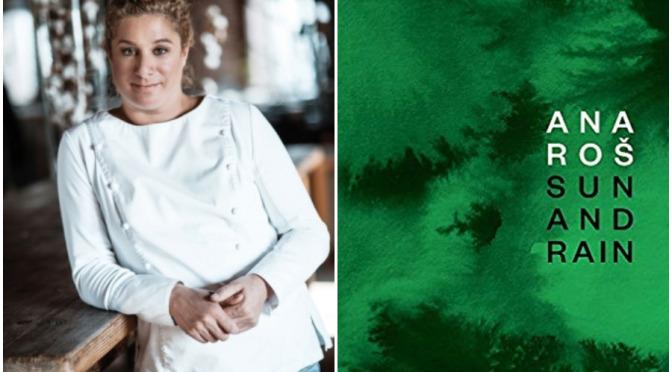 A personal chef monograph, and the first book, from globally-acclaimed chef Ana Roš of Hiša Franko in Slovenia.

Set near the Italian border in Slovenia’s remote Soča valley, in the foothills of mountains and beside a turquoise river full of trout, Ana Roš tells the story of her life. Through essays, recollections, recipes, and photos, she shares the idyllic landscape that inspires her, the abundant seasonal ingredients from local foragers, the tales of fishing and exploring, and the evolution of her inventive and sophisticated food at Hiša Franko – where she has elevated Slovenian food and become influential in the global culinary landscape.

About the Sun and Rain book

Sun and Rain with Text and recipes by Ana Roš with Kaja Sajovic is published by Phaidon. Photography by Suzan Gabrijan.

People often ask, ‘Who is Ana Roš?’ Even in her homeland of Slovenia, she’s often seen as a somewhat enigmatic figure. If you ask her, though, the answer is straightforward: she is a mother first, a chef second. Then all the rest – a wife, an ambassador of Slovenia, a traveler, a rebellious soul – comes after.

Ana Roš is the chef of Hiša Franko, a tasting menu restaurant in Slovenia. Long in her husband’s family, she took over the kitchen in 2000. It was ranked #38 in 2019 by World’s 50 Best Restaurants, which named her World’s Best Female Chef in 2017. An episode about Roš appeared in season 2 of Netflix’s award-winning documentary series Chef’s Table.

What does Ana Roš think about the Michelin in Slovenia? Find out here!