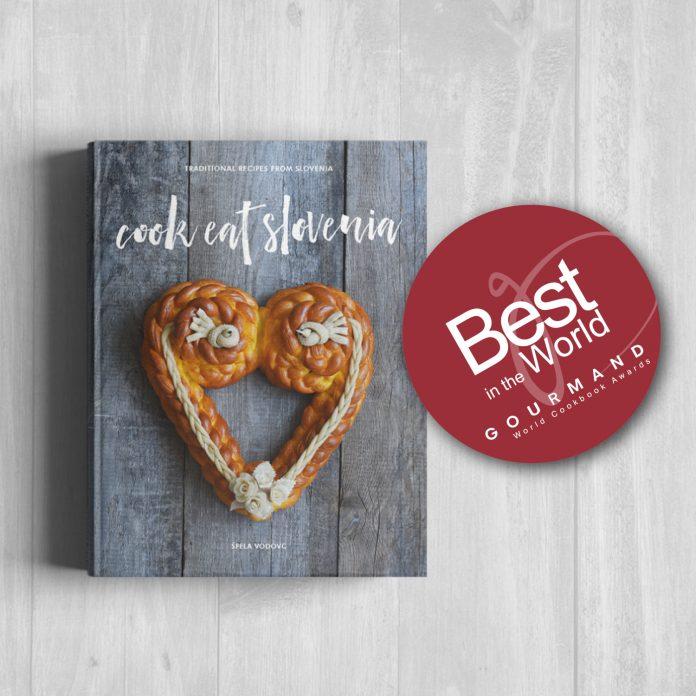 Cook Eat Slovenia has won two awards at one of the world’s most prestigious cookbook competitions known as the “Oscars” of gastronomic literature.

This book on traditional Slovenian recipes was written by Špela Vodovc and published in English. The selection of recipes presented in the book has been used in her family for many generations and honors her family heritage and traditional Slovenian cuisine. Her dream was to help the world discover Slovenian foods. The dream of sharing these recipes with the world and allowing people to explore Slovenian culture through food was the driving force behind the project.

The book was published at the end of 2019, following a successful campaign on Kickstarter. The author then entered the world’s biggest cookbook event, the Gourmand World Cookbook Awards, and made the finals in three categories: best cookbook in translation, best self-published cookbook and best cookbook focused on food tourism (countries & regions), which made it the winner for Slovenia in all three categories.

The award announcement ceremony was meant to take place in early June in Paris at the world cookbook fair but was rescheduled due to current circumstances. For the first time since 1995, when the culinary Oscars first took place, the organizers announced the winners prior to the main ceremony. Out of books from 225 countries and regions, Špela Vodovc’s debut, titled Cook Eat Slovenia, ranked among the top three in the world, with 2nd place in the category of “food tourism (countries & regions)” and 3rd place in the category of “self-published.”

The book will lead to wider recognition of traditional Slovenian dishes around the world and entice travelers to visit Slovenia.

A cookbook that brings traditional Slovenian dishes and stories to your kitchens worldwide.
Now’s your chance to cook Slovenian food at home and discover Slovenian culture through food.  Inside you’ll find more than 100 family recipes and tips for cooking traditional Slovenian dishes. Divided into chapters for each of the four seasons, with a focus on fresh, local ingredients and rich cultural traditions, I will tell a story, not just teach you how to cook.

Cook Eat Slovenia has won two awards at one of the world’s most prestigious cookbook competitions known as the “Oscars” of gastronomic literature (Gourmand World Cookbook Awards) and ranked among top 3 in the world.

Slovenian winemaker of the week: Medot

The Simčič family’s winemaking history goes back to 1812 and the contemporary Medot trademark was founded in the 1990s by Miro Simčič. Miro studied...
Read more

Idrija is famous for many things, and since the middle of the 19th century, one of these things has been Idrijski Žlikrofi. Žlikrofi are...
Read more