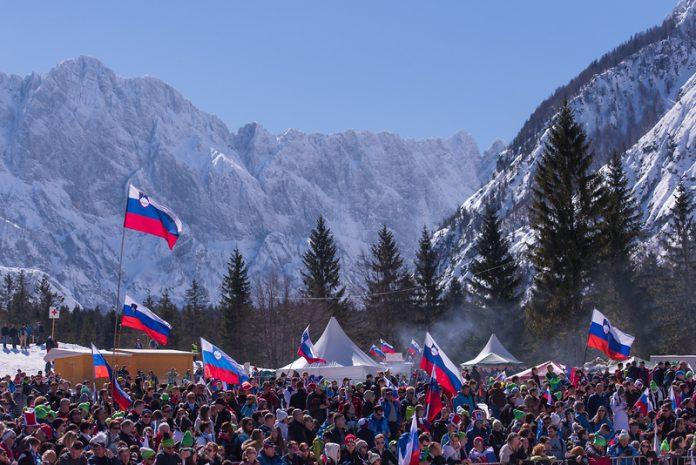 The National Security Council adopted several measures to prevent Coronavirus in Slovenia from spreading. Social gathering is as of now prohibited for more than 5 people.

Find out, which events are being canceled due to Coronavirus in Slovenia.

The Tour of Slovenia, the sole stage cycling race in the country planned to take place in mid-June, and the European Individual Chess Championship, scheduled for the second half of May in Slovenia’s Podčetrtek, have been canceled as the country is in lockdown mode to fight the spread of the new Coronavirus in Slovenia.

First marathons in Slovenia are also being canceled one, by one until further notice.

The 29th Slovenian marketing festival SOF has been canceled, similar to Effie day, which should have happened today. Both events will be rescheduled due to the outbreak of Coronavirus in Slovenia. Regional conferences about digital marketing inOrbit should have happened between the 19th and 20th of March in Portorož. Yesterday the organizers of the event announced that inOrbit conference will be held virtually. Participants will be able to listen to keynote speakers online due to the prevention of Coronavirus in Slovenia. Since inOrbit is an interventional conference that attracts many people from outside the country, they will be organizing a separate conference but with fewer participants in the next following weeks or months.

A number of higher education institutions across Slovenia have decided to cancel in-class lectures and switched to online lectures and e-classes to prevent the spread of coronavirus.

The first to announce a suspension of the “teaching process” for a fortnight was the Koper-based University of Primorska, citing the outbreak in neighboring Italy as part of the reason, while lectures have also been canceled at the University of Novo Mesto and at least seven colleges of the University of Ljubljana, Slovenia’s largest.

Schools and kindergartens will, however, remain open for the time being, agreed on officials today.

The organizers of the Open Kitchen have also decided to postpone their events, including the opening of the 8th season, which is scheduled for Friday, March 20.

The European Food Summit will be postponed and might be held in autumn amid the major outbreak of Coronavirus in Slovenia.

Michelin in Slovenia – the announcement of the first Michelin Stars in Slovenia will also be postponed. Michelin Guide Slovenia: What do Slovenian chefs think? Read here.

Spring Restaurant Week has been rescheduled to a later date due to the spread of SARS-CoV-2 in Slovenia! Restaurant Week is designed to bring good food lovers together and enjoy good food, which is not possible due to the outbreak of a dangerous virus epidemic. All that matters now is that we collectively do everything we can to stem the epidemic. We must remain, above all, healthy! The new date will be known when the containment of the epidemic allows.

Postojna Cave (and other sights in Postojna Cave Park), catering, trade, and accommodation facilities are being closed to visitors. The closure applies to all kinds of sightseeing tours of Postojna Cave, Predjama Castle, Vivarium, EXPO Caves of Karst and the Secret Spaces of Hotel Jama. The closure to cancellation also applies to the Vila Planinka Hotel in Jezersko.

The Slovenian Tourism Organization and the Ministry of Economic Development and Technology have decided, after careful consideration, to postpone the announced and highly anticipated Michelin Star Revelation Slovenia 2020 event to a later date. Which Top Slovenian restaurants will receive Michelin stars (and how many)?

Ljubljana Fashion Week (LJFW) will be canceled in April and will be held in November.

Get the latest update on Coronavirus in Slovenia, here.