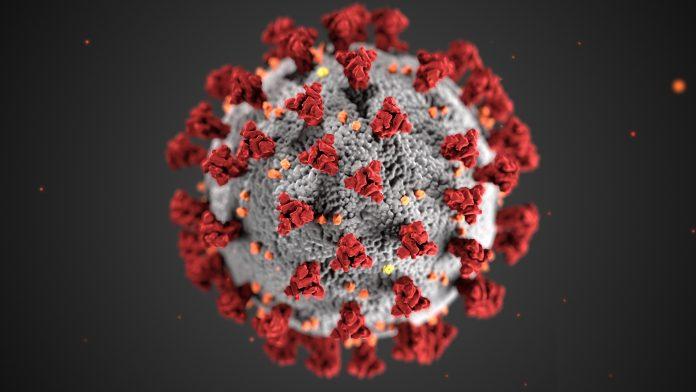 The coronavirus, also known as COVID-19 is affecting 200 countries and territories around the world.

The World Health Organization said there are signs of some stabilization in Europe’s coronavirus outbreak as the hardest-hit country in the region, Italy, reported the smallest number of new cases in almost two weeks.

There are more than 786,000 Coronavirus cases in the world at this moment. While there are over 37,900 deaths recorded due to Coronavirus in the world, over 165,000 people recovered from the virus.

Check out the latest data, here.

Croatia now at 635 coronavirus cases in total, four deaths recorded due to COVID-19.

Seven people have died and more than 450 are known to be infected with the respiratory disease among Serbia’s seven million population, according to authorities.

Austria recorded over 100 deaths due to Coronavirus.

Like many other countries, Austria is reporting cases of infection with the Coronavirus. The Austrian Federal Government has reacted promptly and implemented extensive measures to contain the spread of the virus. In addition to flight bans, border controls and border closings, extensive restrictions in public life have been implemented throughout the whole of Austria. Schools and universities are closed or offer e-learning courses. Shops remain closed (with exceptions such as food retailers). Also, restaurants are closed. All events are prohibited, No more than five people should gather in one place at the same time. The population is urged to stay in and leave their homes only if necessary.

Authorities in Italy announced a daily death toll of 812 deaths in 24 hours, bringing the total to 11,500 fatalities.

But after nearly three weeks of a lockdown, there were some encouraging signs that the measures could be working.

The increase in new positive cases has never been lower, with an increase of 4%, half as much as four days ago (8.3%) and four times less than two weeks ago.

For the first time since the start of the pandemic in Italy, the number of people currently positive in Lombardy, the region most affected, has decreased (25,006 against 25,392 on Sunday).

Furthermore, the number of people considered healed across the country (1,590) has never been so high in a daily report.

“We can hope to reach the peak in seven or 10 days, then, reasonably, a decline in contagion,” Deputy Health Minister Pierpaolo Sileri said on Monday.

Officials said they could be witnessing a flattening of the curve but called for people to continue to respect the measures of the lockdown.

The Coronavirus crisis has hit Germany with full force. Infections are increasing rapidly, schools, factories, and bars have closed across the country, and government measures to slow the outbreak are becoming more draconian by the day.

According to data from Johns Hopkins University, there were 13,979 coronavirus infections in Germany on Thursday afternoon, more than in any other country except China, Italy, Iran, and Spain. At the same time, Germany had registered 42 deaths.

So far, there have been almost 65,000 known cases of COVID-19 in Germany, with the populous state of North Rhine Westphalia and the city of Hamburg particularly badly hit. So far just under 600 deaths in total have occurred from the virus in the country.

Compare that to Italy and Spain, for instance, which have much higher rates of infections and a devastating death rate. Recently there were almost 1,000 deaths a day in Italy and 800 in Spain that were caused by the virus (and in total almost 11,000 deaths in Italy and 7,000 in Spain so far).

This is largely due to a different vulnerability: The age structure of the populations in each country is different from the German one, especially in the most badly affected areas, such as the Lombardy and Bergamo regions in Italy. The populations there are much older.

According to data from Johns Hopkins University, there were 13,979 coronavirus infections in Germany on Thursday afternoon, more than in any other country except China, Italy, Iran, and Spain. At the same time, Germany had registered 42 deaths.

France has reported its highest coronavirus death toll in 24 hours, with 418 patients dying in the hospital to take the country’s total to 3,024.

Jérôme Salomon, director-general of health, nevertheless said the hope was that the epidemic in France would peak later this week now that the nationwide lockdown is about to enter its third week on Tuesday. The key indicator being watched by officials is the number of extra Covid-19 patients in intensive care, a number that rose on Monday by more than 400 or 9 percent to reach 5,100.

At the start of the crisis, France had only 5,000 intensive care beds with ventilators, but has boosted that number to 8,000 and plans a further increase to more than 14,000 in the weeks ahead. The number of coronavirus cases confirmed by testing in France rose to 44,550.

Spain: Number of infections greater than in China

Spain’s uphill struggle against coronavirus showed worryingly few signs of easing on Monday, as government officials confirmed 12,298 health workers had now been infected by the virus, and the country’s total number of cases – 85,195 – is now greater than that of China.

As Spain moves into its third week of lockdown, with further restrictions on non-essential workers set to be enforced on Tuesday, the daily death toll from coronavirus eased slightly compared with 24 hours earlier, down from Sunday’s record total of 838 to 812. Percentage-wise, the increase of recorded new coronavirus cases appears to be dropping a little as well.

BEST OF SPRING 2020 – limited by Coronavirus

BREAKING NEWS: Number of coronavirus cases in Slovenia up by 39 to 841, death toll at 15

Food delivery during Coronavirus in Slovenia

How to properly pronounce the name of the country that has LOVE in it? We hear many variations of...
Read more

Today we are cooking with Indian restaurant Namaste. We will be making Samosa! What you need:
Read more

End of voting for The Slovenia Restaurant Awards 2020!

Today the voting for The Slovenia Restaurant Awards has officially ended.  In February, the Gastronomy Academy, which brings together...
Read more

Free shipping for all products! Use code stayathome! Dismiss