Home SLOVENIA NEWS Coronavirus in Slovenia: Public life might come to a stop during the... 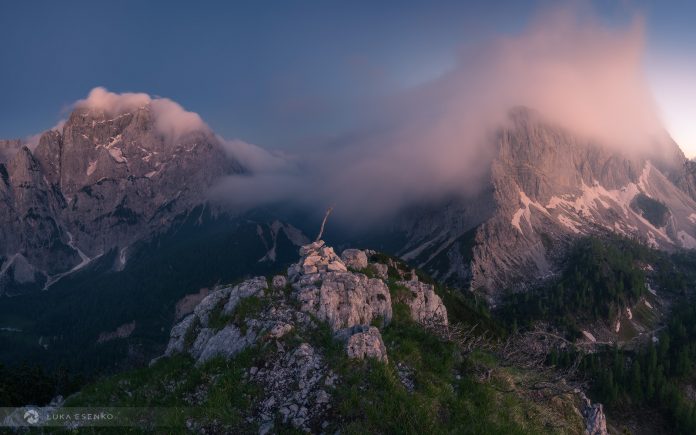 Slovenia’s coronavirus tally soared to another daily record as 1,663 infections were confirmed from a record 6,215 tests on Wednesday, a positivity rate of over 25%. Data released by the government show that nine more Covid-19 patients died, but the total death toll is not clear due to different figures reported for the day before. Hospitalisations increased to 357, with 62 patients in intensive care. Covid tracker site data shows 10,136 active cases in the country. The cumulative 14-day average number of infections per 100,000 residents rose to 484.

Slovenia will put in place new restrictions to limit the spread of coronavirus. Non-essential shops will be closed, as will hotels, kindergartens and student dormitories, with some exceptions, Prime Minister Janez Janša announced on Thursday. The measures, entering into force on Saturday, will initially be in place for a week.

The new measures come after wide-ranging restrictions, including a 9pm-6am curfew, an inter-regional movement ban, limited gatherings, remote education for most children, the closure of bars, and mandatory masks outdoors were already introduced in the past week.

While non-essential shops are closing, delivery, including from restaurants, will still be allowed. Kindergartens, which Janša says were closing to due a significant rise in infections among staff, will still be available for children whose parents work and cannot secure daycare, but Janša also called on employers to switch to work from home if only possible.

Student homes will be closing for all who do not have other accommodation next week, while public transport will be scaled down to a third of full capacity.

The border regime is not changing and transit will continue to be allowed, with Janša saying that no noteworthy import of the virus from other currently was presently being recorded.

While no additional restrictions are being introduced for sports activities – top-level competitions continue, while recreational sport is already mostly restricted to individual activities -hair and beauty salons are closing down.

Cinemas, music venues being shut down, top-level sport may continue

Galleries, museums, archives and libraries will be the only cultural venues that are allowed to provide in-person services to visitors in most of Slovenia from Thursday under government decrees that entered into force today. Some top level sports may continue for registered athletes over age 15 as well. Top-level competitions in selected group sports – ice hockey, basketball, football, volleyball and handball – and in individual sports are allowed.

A temporary 9pm-6am curfew entered into force across Slovenia to limit the spread of coronavirus. The cap for gatherings has been lowered from ten to six people and a ban on movement between statistical regions has been put in place. There are, however, a number of exceptions, such as those related to work, emergency situations and services, family assistance and farm work. Public transport will not be shut down, libraries, museums and galleries also remain open.

Attending an EU ministerial in Luxembourg, Agriculture Minister Jože Podgoršek said that little less problems in the Slovenian agriculture sector were expected than during the first Covid-19 wave in the spring, reiterating that food supply would not be disrupted or threatened. The ministry added in a press release that food supply in the second wave would be adequate and called on consumers not to stockpile food and other supplies, as it might happen that retailers would not be able to refill their shelves on time.

The government defended its budget plans for the coming two years in response to the Fiscal Council’s concerns about excessive expenditure, underscoring the importance of investment for recovery and noting that investment expenditure is to be boosted mainly at the expense of EU funds. In a response to the advisory body’s assessment, the government notes that continued recovery will depend on what is a very uncertain situation with respect to coronavirus. In such a situation, fast action to protect people’s health and the economy is essential, it says.

A 9pm-6am curfew will be put in place across Slovenia on Tuesday to limit the spread of coronavirus, Interior Minister Aleš Hojs announced on Monday. The ceiling for gatherings will be lowered from ten to six people and a blanket ban on movement among statistical regions will be in place, although there are some exceptions, notably those related to work, emergency situations and services, family assistance and farm work. Hojs stressed that all gatherings and events, including religious services and “semi-private ones like weddings” are banned.

About 1% of Slovenia’s population is infected with Sars-CoV-2 based on the test positivity rate, the head of the government task force Bojana Beović said. Under the optimistic scenario, between 480 and 680 people will be in hospital in the second half of November. She said the daily increase in cases was very high at the moment and Slovenia was slowly nearing the EU countries that have borne the brunt of Covid-19. While the situation is under control at the moment, this will unlikely be the case in a month’s time, she indicated.

Prime Minister Janez Janša said on Twitter that a 30-day epidemic would be declared for the entire Slovenia, starting on Monday. He added a government correspondence session was currently under way.

Government spokesman Jelko Kacin told public broadcaster RTV Slovenija that the epidemic would be officially declared on Monday but that the same measures would apply as so far.

After Slovenia has already passed the 14-day average of 140 cases per 100,000 residents and 250 hospitalizations, two of three indicators beyond which the government said it would declare an epidemic, the last one – 50 patients needing intensive care – was probably passed during the day, as the last available figures put the number of patients needing intensive care at 49.

Coronavirus in Slovenia: Public life might come to a stop during the weekend

Slovenia has been hit with the second wave of Coronavirus just as it was predicted. Slovenia has tested over 307,000 people in...
Read more

The Column with Simone B. Michielen: What to drink in Slovenia?

Writing this column might be a bit of a risk, but I am going to do it anyway. Different cultures, different (drinking)...
Read more