Slovenia, alongside Portugal’s Coimbra, became the European Region of Gastronomy 2021 at a ceremony in Brussels on 8 October 2018, which was however a formality as the country’s bid was endorsed already in June.

Slovenia has 24 gastronomic regions, and 365 dishes and drinks typical or a certain region or town, which sounds like heaven, as you can taste one every day in a year, Slovenian Ambassador to Belgium Rado Genorio said at the ceremony, which was held at the Slovenian Permanent Representation to the EU.

The title awarded by the International Institute of Gastronomy, Culture, Arts and Tourism (IGCAT) was accepted by Agriculture Ministry State Secretary Tanja Strniša and Eva Štravs Podlogar from the Economy Ministry.

Many Slovenian products are protected at the EU level, for instance the Teran wine, Kranjska Klobasa sausage, or Prekmurska Gibanica cake and Tolminec cheese.

Portugal and Slovenia will preside over the EU in the same year when Coimbra and entire Slovenia hold the prestigious gastronomy title. Slovenia’s representatives believe this will present an additional opportunity to promote Slovenian cuisine. 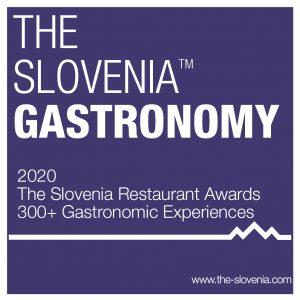 Beli Labod – Chinese Flavours in the Heart of Ljubljana