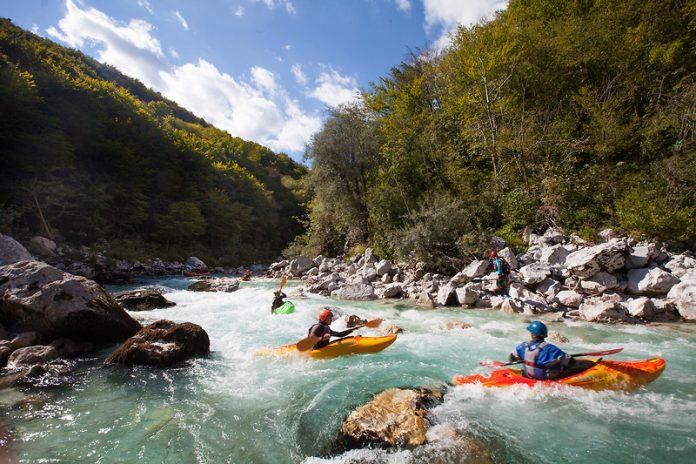 Slovenia is known as one of the cleanest countries in the world. Not to mention it is also one of the greenest destinations in the world with its many forests spread across the country.

Cleanliness is one of the most prominent factors when it comes to selecting a touristic destination. Slovenia is always placed between the cleanest tourist destinations in the world. Just a few years ago a survey by US researchers has ranked Slovenia on the 15th place on the list of 140 cleanest countries in the world.

Nearly 60 percent of Slovenia is covered in lush forests, and more than 40 parks and reserves are home to some 20,000 different plants and animals, with a network of diverse hiking trails.

Binsky visited Slovenia twice and he was really pleasantly surprised at how clean the country is: «I’ve been to Slovenia twice, most recently last summer where I had the chance to drive around the entire country and, oh my God, it is one of the greenest places in the world. Slovenia is the third most forested country in Europe and in 2016, it was named the very first certified green destination in the world. I went to a lot of small cities and towns but I think the capital of Ljubljana is a perfect representation of how clean the whole country is. Everything is perfectly maintained, well-kept, people are very respectful, it’s charming, it’s quiet, it’s so green and so enjoyable and speaking about it right now just makes me want to go back there and if you do go to Slovenia, you have to promise me to go up north to Lake Bled».

Slovenia as the World’s Most Sustainable Country

Slovenia is considered one of the countries that are very environmentally friendly. National Geographic Traveler magazine has recognized Slovenia as the World’s Most Sustainable Country in 2017. Slovenia is taking the lead in sustainable tourism.

National Geographic Traveler magazine has written about Slovenia: “This Adriatic enclave, nestled amid emerald fields, snowy peaks, and sparkling waters, was declared the world’s most sustainable country. Slovenia achieved an eye-opening 96 out of 100 detailed sustainability indicators (think environment and climate, culture and authenticity, nature and biodiversity, among others.) And its quaint capital Ljubljana was also anointed Europe’s Greenest Capital in 2016 by the European Union.“

Sustainable tourism itself has been the main concern for the Slovenian Tourist Board (STO). “Slovenia is becoming known in the international tourism community as a small country which is taking big steps in sustainable tourism,” said STO director Maja Pak.

Ljubljana the green capital of the world

Ljubljana has a truly green soul, goes above and beyond the call of duty to increase awareness of environmental issues, and has reinvented the old core of its city center to become an oasis for pedestrians and cyclists. The awards continued to roll in for Ljubljana in April 2015 when the city was awarded the Tourism for Tomorrow award by the World Travel & Tourism Council, a prestigious award for the most sustainable travel destination.

In June of 2014 Ljubljana was awarded the prize of being the Green Capital of Europe for 2016, beating Oslo, Umea, Nijmegen, and Essen to the prize.

The panel was particularly impressed by the progress Ljubljana made towards its green vision over the past decade and its commitment to sustainable living. The award is given to the city most committed to improving the urban environment, which has a well-established record of achieving high environmental standards and that is truly committed to the ambitious goals set out for future environmental improvement.

Three-quarters of the entire territory of Ljubljana are green areas. These areas include contiguous aquatic, forest, and agricultural areas. Ljubljana has implemented numerous urban green measures over the past decade including the planting of more than 2,000 trees, the building of five new parks, and revitalization of the embankments of the River Sava. The largest of these parks is the Path of Memories and Comradeship. It is the longest tree-lined avenue in the city, with 7,000 trees and numerous memorials, rest points, and other features. In addition, in 2010 the Slovenian city declared 1,400 ha of the territory as a forest of special purpose in being valuable as a CO2 sink.