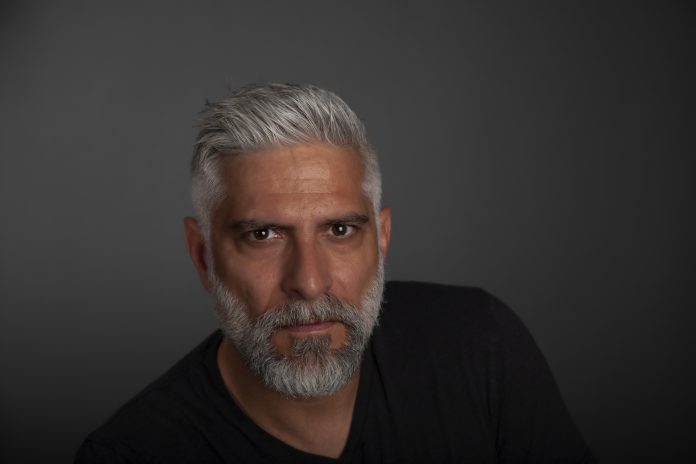 Sebastian Cavazza is a well-known talented Slovenian actor, who is currently filming a TV series in Belgrade, Serbia.

Sebastian Cavazza you are one of the most recognized actors in Slovenia. Could you tell us what is the best part of acting in your opinion? Is acting just a job for you or is it your true passion in life?

First of all, acting has to be a true passion for the actor, since it’s also a way of life, not only a job. Schedules are often very tight, there is a lot of traveling and adapting to new creative approaches of various filmmakers. The best part of acting is the storytelling and discovering interesting characters.

What is the hardest part of your job? Long filming hours, being away from your loved ones when you are working abroad, or learning the lines?

It all depends on the project you are working on. Usually, a day on the set lasts for twelve hours, so you are away from your family most of the time, anyhow. But if the shooting takes place in a distant foreign country, the chances of seeing your loved ones on a weekly or even monthly basis are really low. If the budget of the movie allows the costly travel expenses, then you might afford to bring them along with you, or you can fly them over from time to time, but that’s rarely the case. So, yeah – at the end of the day, learning the lines isn’t that hard, compared to the feeling of being homesick.

We can imagine that being an actor is a difficult job at times? How do you relax after work? What kind of methods of relaxation do you practice, like meditation?

Usually, we relax before we step on stage or in front of the camera lenses. Everybody has his technique of doing it. Whatever works for an individual is good enough.

There are many acting techniques in the world. We imagine you also follow elements of some. After which technique do you act? Is it Stanislavski’s system or do you lean more towards the Lee Strasberg method?

Eventually, all the modern acting techniques were derived from Stanislavsky’s system. So, the Strasberg’s, Stella Adler’s, Uta Hagen’s or Ned Manderino’s methods are only the heritage of great Stanislavsky’s work. I combine all of them, therefore I could say I’m using my technique, which could be compared to MMA in martial arts. I mix them in a way that’s most suitable for me.

Since your dad, Boris Cavazza, is a huge actor in Slovenia, do you feel extra pressured to follow or achieve his enormous acting success?

He’s a huge actor, not only in Slovenia but also across the Balkans. I never even tried to follow or achieve his enormous acting success, because I have my path in life, as well as in my acting career.

How many movies and plays have you been in? Is there perhaps one project that sticks out, which has made a huge impact on you?

By now, I have played more than 70 roles on stage and more than 60 on film and TV. There are another 40 titles in the dubbing of animated movies and more than 50 in various radio plays. All the parts I did, find a special place in my memories. I had the chance and privilege to play in 15 different foreign languages, mostly as a native speaker. I was never dubbed for those roles, so these characters might stick out a bit.

Which genre is the closest to you to play or perform in?

I don’t care that much about different genres, since I already tried myself in most of them. What I’m always looking forward to is good writing for theatre or a screenplay that gives me goosebumps.

You performed many classic plays in your career in theaters around the world. Which is your all-time favorite classic play?

A similar question perhaps, but could you tell us which performance in Slovenian theater inspired you the most? It can also be one that you did not play in.

It was a play called The Pitchfork Disney by Philip Ridley, directed by Bojan Jablanovec in the Slovenian National Theatre of Ljubljana. It positively shocked me. I envied all the actors that were a part of it. Especially Jernej Šugman, who was my big friend and a great actor. His death shocked us all. He left a huge gap in Slovenian theatre and had an enormous impact on me, as an actor.

Which director did you enjoy working with the most?

There were several, I couldn’t even remotely decide for one name only.

We heard you’ve been filming a series in Serbia. What’s the biggest difference between working in Ljubljana or Beograd?

There they are constantly shooting at least 25 different projects at a time, whereas in Ljubljana we are barely fighting to get the government to agree with the financial plan for the past year. In between, we shot only one movie and two TV series.

Honestly? The Slovenian film industry is struggling to survive for over 30 years. There’s no political stamina to solve this problem. Every government was constantly cutting the finances for the film industry, so it’s hard for me to say, what would save it. If there is no political will and no understanding of the industry, if there are constant bureaucratic obstacles that no one is willing to soothe, then I’m afraid the future of the Slovenian film industry doesn’t have much of a chance to survive. We can already see the results of big players, such as Netflix, Amazon, and Hulu, which are determining the mainstream of TV and filmmaking across the world. We cannot cope with the budgets they are having. Therefore a strong national film industry, which needs at least some understanding from the political leaders, not to mention the financial support of the country, is a must.

Any new and exciting projects you are currently working on?

I am shooting a mystery TV series in Belgrade, Serbia. I keep my fingers crossed, that everything is going to turn out ok, especially with this pandemic situation, so we could finish the project on time. I’m negotiating few other projects across Europe and waiting for some new challenges in near future.

The story of Melania Trump