Home BEST SLOVENIAN RESTAURANT BBC on Ana Roš: The chef who put Slovenia on the map 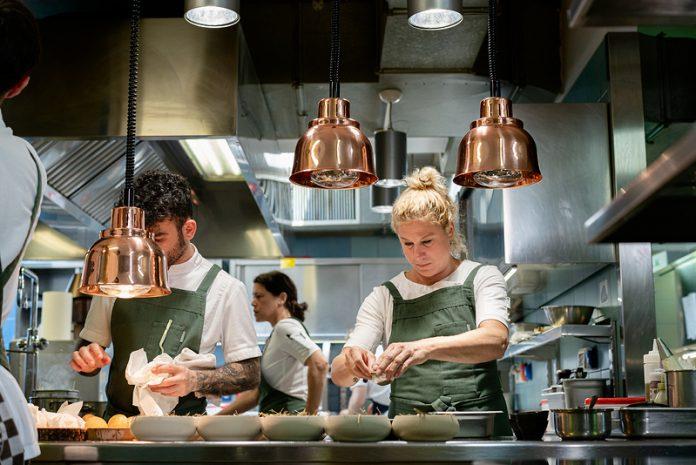 Slovenia has been put on the culinary map in recent years with the help of amazing chefs. Furthermore, Slovenia has been crowned with the title of European Gastronomic Regions of 2021. Slovenia and its gastronomy is gaining more and more international attention. Most recently BBC wrote an article on one of our amazing chefs. Read to find out what BBC wrote about Ana Roš.

Slovenia is fast becoming one of Europe’s prime gastronomic destinations, in part, thanks to chef Ana Roš, who is creatively reimagining the traditional dishes of the Soča Valley.

Elise Morton, a journalist for BBC wrote an article about Ana Roš from Hiša Franko and the proud holder of two Michelin stars. BBC’s journalist wrote about Ana Roš: “When it comes to Slovenia, Ljubljana and Lake Bled may be the extent of most international visitors’ knowledge. But things are changing, with Slovenia fast becoming one of Europe’s prime gastronomic destinations. This is, at least in part, thanks to one woman – Ana Roš, head chef at Hiša Franko, a family restaurant in the alpine surrounds of the Soča Valley and flanked by the Julian Alps. In June 2020, Michelin announced its first-ever stars given to a Slovenian restaurant, awarding Hiša Franko two stars. The restaurant is also currently ranked number 38 on the World’s 50 Best Restaurants list, and Roš was featured in Netflix’s Chef’s Table. The innovative, self-taught chef presides over a menu that takes its cues from the astonishing variety of produce offered up by the Slovenian terroir – so diverse that in 2016 local ethnologists divided the country into 23 distinct gastronomic regions. Such rich natural ingredients and the resulting cuisine, which combines Italian, Balkan and alpine influences – in dishes such as buckwheat beignet with sour ricotta and porcini mushrooms, and cured sardine with figs and black lemon – has seen Slovenia named the European Region of Gastronomy for 2021.”