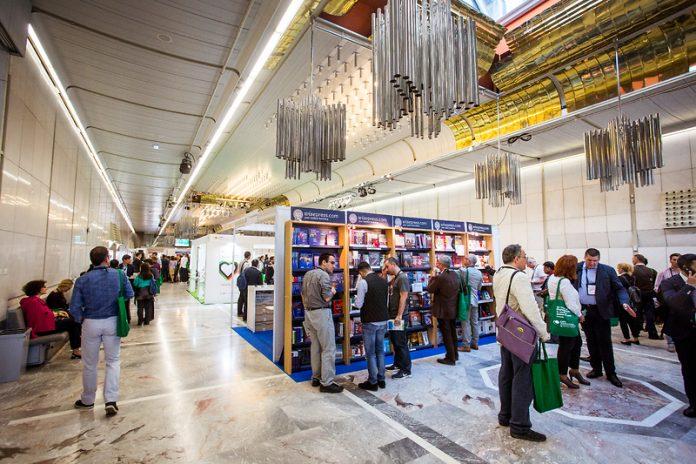 Cankarjev dom among other cultural establishments in Slovenia was forced to close its doors. But that doesn’t mean you can’t explore what they got to offer.

Explore the halls of Cankarjev dom

Cankarjev dom is offering a virtual walkthrough of their establishment. Explore the many halls of Cankerjev dom.

Pay a virtual visit to the exhibition Idea

Without having to pay for it of course.

The exhibition illustrates the inseparable connection between the development of Greek science and technology, focusing on mathematics, physics, astronomy and medicine among the scientific disciplines, and achievements in engineering, shipbuilding, architecture, telecommunications, hydraulics and the development of automatic machines and measuring devices in the field of technology.

Some of the most compelling showcased technical areas include architecture and construction technology, mathematics or geometry with Archimedean solids and Pythagorean theorem, mechanics with Archimedes’ screw, telecommunications with the hydraulic telegraph, astronomy and the famous mechanism from the island of Antikythera, automata and mobile automatic theatre, as well as music with hydraulis or water organ.

The ancient Greeks’ most significant and long-lasting contributions to Western science and philosophy stemmed from their deeply inquisitive and curios mind. Great thinkers like Socrates (470–399 BC), Plato (427–347 BC) and Aristotle (384–322 BC) examined the issues that have puzzled mankind since time immemorial and discussed the questions of our origins, our future and whether pondering on these concerns is of any consequence.

The exhibition’s 3D-animations, interactive applications as well as replicas and scale models of ancient instruments help viewers gain an insight into the vast reservoir of technical knowledge acquired during the centuries of continuous Greek prosperity and development, which radically changed human life in several areas.

Aleš Bravničar was born on September 13th,1975 in Ljubljana, then Yugoslavia and now the blic of Slovenia. He became intensely involved in photography in the mid 1990s and soon grew to become one of the most sought-after Slovenian photographers. Since then he has authored more than 300 magazine covers and shot numerous fashion stories for Slovenian and international editions of glossy magazines, such as Elle, Grazia, Cosmopolitan, Maxim and FHM and regularly published his work in virtually all international editions of Playboy Magazine. He has collaborated with most figures of the Slovenian entertainment arena and also with artists from former Yugoslavia. Besides being dedicated to editorial photography, Aleš Bravničar showcased numerous travel stories in Slovenian air carrier Adria Airways’ periodical, National Geographic Traveler and the Saturday Supplement of daily newspaper Delo.