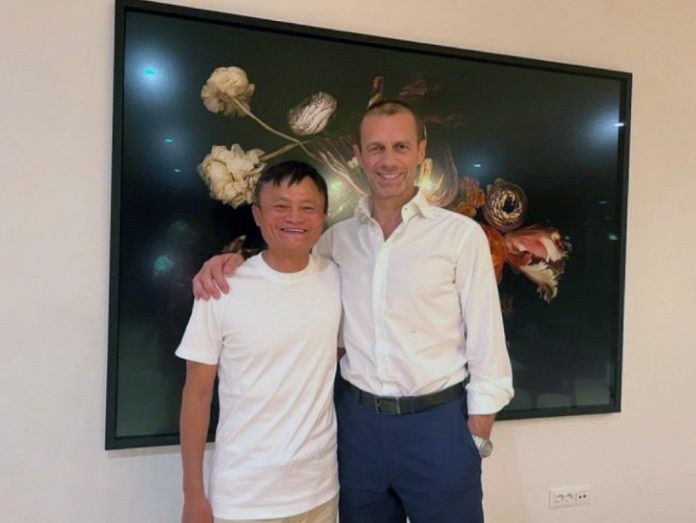 China’s Jack Ma, the 76th richest man in the world, is known for being the founder of Alibaba, an online retailer that is China’s version of Amazon. We got to know him even more when he helped Slovenia, more precisely Aleksandr Čeferin, during the covid-19 epidemic, and sent 300,000 protective masks to Slovenia when it was practically impossible to get them, as well as additional equipment to fight the coronavirus. The Chinese authorities have not been too kind to him lately. He was even considered missing for three months and many wondered if they had even gotten rid of him. But they didn’t, he is now in Slovenia.

On Tuesday morning, the Chinese billionaire and founder of the multinational technology company Alibaba arrived at the Jože Pučnik airport on a private plane Jack Ma. His visit was completely unexpected for the general public, as one of the richest earthlings rarely appears in public. Jack Ma and Čeferin have been friends for many years, so the billionaire could be in a hurry in Slovenia to visit the UEFA president.

NEW LJUBLJANA MAP OUT NOW!
We released our new The Ljubljana map this week, which will guide you through some of the amazing spots around our stunning capital city of Ljubljana. Ljubljana should be on your bucket list as it is one of the most cities in the world, and not to mention it holds the title of Green capital […]

In October 2019, he criticized China’s financial policy and thereby angered the Chinese president Xi Jinpingafter which he disappeared for three months. “China should pay attention to the quality of the economy. Just like human growth, at a certain time the growth of the body slows down, but make sure that your mindset will grow to develop your culture, values, wisdom,” said Ma at the time.

Two months after his return to the public, he attracted a lot of attention in Slovenia. In March 2020, when there was a critical shortage of protective masks, 300,000 of them were provided to our country by the founder of Alibaba, who warned him about the shortage in the country Alexander Ceferin.“Here you can see how big Slovenia is, if Slovenia stands together, after that we are invincible and this is practically the entire charity project.

A great surprise to see Jack Ma with Aleksander Čeferin in LJ. Looks like football is still the most important of the least important things in life. He was the first to help us in Corona times with 300.000 masks. Jack Ma is not the richest Chinese (just in top 3) but maybe Slovenia & Balkan Valley can helpl 😉

One of his quotes:
Today is cruel. Tomorrow is crueler and the day after tomorrow is beautiful.

Aleksander from small Slovenia is improving global UEFA and making global impact together with Jack.