Ljubljana, 4 June – Air Serbia will launch a new route between Ljubljana and Niš in August, while Air France-KLM plans to increase flight frequency to Paris and British Airways will beef up flights to London, Ljubljana airport operator Fraport Slovenija told the press on Tuesday. 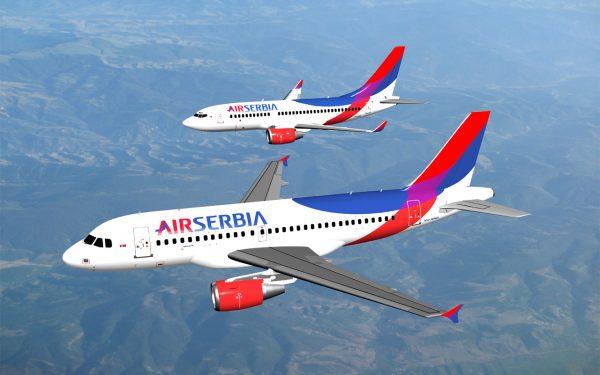 Passengers will be able to fly to the third largest Serbian city twice per week, on Mondays and Thursdays. The Serbian airline will operate scheduled flights from Ljubljana to Niš with a 144-seat Airbus A319. Fraport pointed at the strengthened Ljubljana-Paris connection as well. The French capital being one of the five most popular destinations from Ljubljana, Air France has decided to increase the frequency of flights already in summer. Starting at the end of October, the airline will then operate two daily flights to Paris every day except Saturday.

According to the regional sales director of the Air France-KLM group Ildiko Kiss, the increase from seven to 13 flights per week will benefit passengers from Slovenia, France and other European countries, as well as the Ljubljana airport, French and Slovenian companies and Air France.

The head of Fraport Slovenija’s airline management Janez Krašnja said that the French airline saw the potential of the Slovenian market and the country’s biggest airport. “Strengthening the connection will benefit the country’s tourism and improve connectivity between Slovenia and the rest of the world. Domestic passengers will find the airline’s schedule quite handy in terms of connecting flights to North America,” said Krašnja.

During peak summer season, another airline will improve its connections with the Ljubljana airport – between 15 July and 2 September, British Airways will operate flights twice per week from London Heathrow to Ljubljana, on Mondays and Fridays.

Tuna Fishing in the Adriatic Sea