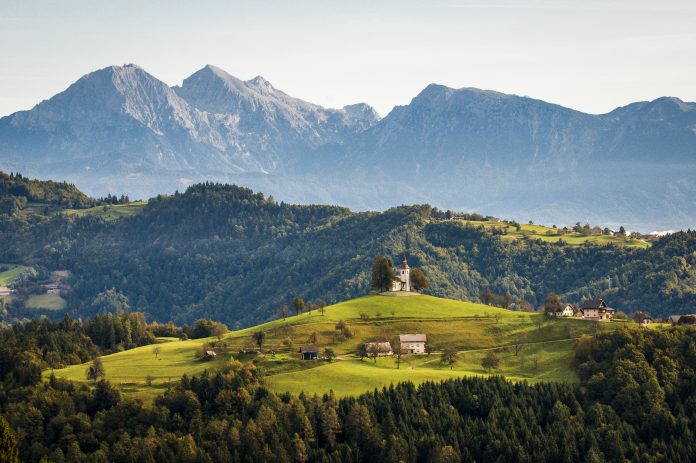 Slovenia is becoming an increasingly popular destination for travelers from all over the world. The question arises again and again how much we actually know Slovenia, especially among those who live and work in one of the most beautiful countries in the world. We have gathered 100 fascinating facts about our beautiful country, which is filled with a rich historical and cultural heritage. On the list, you will find everything from important and resounding milestones for the Slovenian nation to breathtaking facts about the endless beauties of Slovenian nature, which always inspires both domestic and foreign tourists.

In Slovenia we have the so-called proteus (aquatic salamander) or in Slovenian translation “človeška ribica”, which lives in Postojna Cave.

The second biggest city in Slovenia is Maribor.

The oldest city of Slovenia is Ptuj.

Ljubljana is the capital city of Slovenia.

The most common Slovene name for a man is Franc and Marija for a woman.

The oldest vineyard is from Slovenia, which grows in Maribor.

Slovenians are an active nation. Around 60 % of the population work out at least 3 hours per week.

An average Slovene throws out around 68kg of food per year.

For the first time in the history of Slovenia there are more males than females living in our country.

Triglav is the highest mountain peak, not only in Slovenia, but also in the whole Balkan region. It measures at 2864m.

An average Slovene makes around 495kg of waste every year.

The most common name for babies is either Luka for a boy or Ema for a girl.

There are around 90.000 beekeepers in Slovenia.

More than half of the country is covered with forests, making Slovenia one of the greenest countries in the world.

Slovenia has one of the 10 tallest populations on the planet. A typical male measures at around 1,80 m.

A remarkable 53.6 % of Slovenian land is protected.

Slovenians love their wine, which means they are the sixth biggest consumers of wine, per capita.

Population of Slovenia is among the oldest, as their residents are 43.5 years old on average.

Škocjan caves has one of the largest underground canyons in the world.

The most visited attraction is the Postojna Cave, which is also the biggest and the longest cave system in the world.

Slovenia has many vineyards. It is claimed that there is a vineyard for every 70 people in the country.

There is only 46.6km of coastline in Slovenia

Slovenia has the oldest wheel. The so-called Ljubljana Marshes Wheel dates back at least 5150 years.

Slovenia is a democratic republic founded on the principle of the separation of powers into legislative, executive and judicial power.

The majority of the population is Roman Catholic; Slovenia also has 40 other officially registered religious communities.

Slovenia is famous for its own patented brand of beautiful white horses called Lippizaner.

The country’s capital city, Ljubljana, name translates as “the loved one”.

Slovenia has the highest number of caves, more than 10.000, in the world.

Slovenia is the only country in the world that has the wor love in its name.

Slovenia has around 27.000 km of rivers and streams.

Lake Cerknica is the largest intermittent lake in Europe.

Slovenia is a very interesting and diverse country as it is the only one in Europe that combines the Alps, the Mediterranean, the Pannonian Plain and the Karst.

Slovenia is the country with the largest number of tractors per person.

Slovenia covers less than 0.004% of the Earth’s surface.

There are more than 500 brown bears living in the forests.

There are 46 different dialects in Slovenia.

There are about 450,000 Slovenes living abroad.

The Linden tree is an important national symbol, which represents love, friendship, and loyalty in Slovenia.

There are 24.000 animal species in Slovenia.

The Slovene swimmer Martin Strel was the first man to successfully swim the Amazon River.

In 1995, archaeologists dug up the Divje Babe Flute, which is a flute made of the femur of a bear, which is believed to be 55,000 years old.

Slovenia was once a monarchy, the first free election in Slovenia (then part of Yugoslavia) was held in 1925.

Hayracks are a unique cultural symbol of Slovenia and the country is also known as the Land of Hayracks.

Sečovlje Salina Nature Park is the biggest wetland on the Slovenian coastline.

Vrtiglavica, a karst shaft in Slovenia, features the longest straight vertical drop in the world (603 metres) and one of the tallest underground waterfalls.

A whopping 216 square kilometres of Slovenia are covered in vineyards.

In the early and mid 20th century, the spaces of Ljubljana Castle were transformed into apartments for socially disadvantaged citizens.

You can pay to spend the night in a prison cell in Ljubljana. The place is called Celica Hostelis a former political prison where you can sleep.

The oldest pharmacy in Europe is located in Olimje.

Strunjan Peninsula cliff is the highest cliff on the Adriatic coast, which rises up from the sea to a height of 80 meters.

Slovenia has the second largest ski-flying hill in the world.

Slovenia is one of the most sustainable countries in the world.

One of the best chefs in the world is Slovenian, Ana Roš from Hiša Franko.

Slovenia became the first 2004 European Union entrant to adopt the euro (on 1 January 2007) and has experienced one of the most stable political and economic transitions in Central and Southeastern Europe.

Davo Karničar was the first man to ski down Mount Everest. He was also the first man in the world to ski the highest peaks of all seven continents.

Slovenia is home to 260 waterfalls.

There are around 500 castles in Slovenia, which means there is approximately one castle per 25 kilometers.

The first Slovenian book was written in 1550.

Slovenia is one of the safest countries in the world.

Slovenia is also a country with above-average biodiversity and an absolute champion in terms of the number of animal and plant species per square kilometre: it is home to 1% of all known species and more than 2% of all terrestrial species.

In 2021, Slovenia will become the European Region of Gastronomy.

The most famous wedding place in Slovenia is the island in Lake Bled.Tradition says that the groom must carry his bride up the 99 steps to ensure a long and happy marriage.

The Freising manuscripts are the first Latin-script continuous text in a Slavic language and “the oldest document in Slovene.” They were created between 972 and 1039, most likely before 1000.

Slovenia is home to as many as 3,119 native plant species.

Slovenia has lots of quirky food festivals including the Salt Makers’ Festival, Cabbage Festival, Chestnut Sunday and Bean Day to name a few.

Benka Pulko, who traveled all continents and drove over 180,000 kilometers (111,847 miles) in 2000 days, is the holder of the Guinness’s record as the woman who was riding a motorcycle the longest.

The canteen in the coal mine in Velenje is the lowest-lying dining room in Europe, which is located 160 meters (525 feet) below the surface.

Some scenes from the film Chronicles of Narnia: Prince Caspian were filmed in the Soca Valley in Slovenia.

Slovenia is the homeland of leading beekeepers and also home of the Carniolan honey bee.

The Ljubljana castle is over 900 years old.

Lipica Stud Farm is one of the oldest stud farms in the world, which dates back more than 400 years.

Slovenia received the translation of the Bible in 1584.

Ivana Kobilica was the most prominent Slovene female painter.

Slovenia has more than 10,000 kilometers of marked hiking trails.

The most famous Slovenian philosopher is Slavoj Žižek.

The Slovenian flag was raised for the first time on April 7, 1848 in Ljubljana in response to the German flag which was raised on the top of Ljubljana castle.

The national anthem of Slovenia was written by the 19th-century Slovene poet France Prešeren.

Rogaška Slatina is a health resort with over 400 years of tradition.

There are around 175 mountain huts in Slovenia, where you can spend a night in the mountains.

The Juliana Trail is the longest trail in Slovenia, it is 270 km long circular long-distance trail.

The River Soča is one of the most beautiful rivers in Europe.

The traditional Slovenian dish for special occasions and holidays is potica.

The famous Kranjska sausage is one of the most internationally recognisable Slovenian specialties, which is also a protected agricultural product that has also traveled to space with a astronaut of Slovenian descent Sunita Williams.