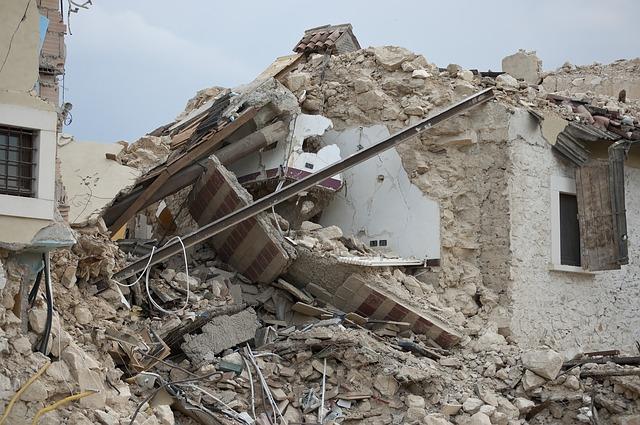 Bulidings collapse as a magnitude 5.3 earthquake hits Zagreb. This was the largest earthquake ever recorded in Croatia.

The major earthquake that occurred in Croatia, was also felt in Slovenia.

The day after the Croatian capital was effectively shut down due to Coronavirus, residents were woken up by a 5.3 earthquake at 06:24. Local media reported that residents heard sirens go off, and buildings were damaged in downtown Zagreb, including the iconic Zagreb Cathedral one of whose towers has partially collapsed.

The earthquake reportedly lasted a few seconds in Zagreb, according to Croatian news agency Hina, and drove many Zagreb residents to the streets.

More earthquakes in Croatia followed the first one

The United States Geological Survey (USGS) measured the second earthquakes at 5.4 and 4.6 Magnitude, saying they both struck near Kasina, a village on Zagreb’s northern outskirts. Zagreb’s head of emergency services, Pavle Kalinic urged people to leave their homes. “Get out of the houses and help your older neighbors,” he said. The second earthquake was felt at around 7 am.

The earthquake caused major damage on the streets of Zagreb

Many residents of Zagreb left the houses because of the shaking, and several buildings were severely damaged. 2020 marks the 140-year anniversary of the Great Zagreb earthquake in Croatia. Legend says that every 140 years a disaster occurs in Zagreb.

Electricity in some parts of the city has temporarily been cut off. In the streets, small parts of buildings can be seen littering the ground. The aftershocks are still being felt. An image of a damaged Zagreb cathedral has emerged on social media, as well as reports of damage to the central market. Many buildings were damaged, walls were cracked, and some rubble also fell on some cars. Numerous aftershocks or minor earthquakes can now be felt.

There were no immediate reports of injuries among people in Zagreb. Croatia’s seismologist Ines Ivancic said the tremor was strong but the immediate damage could not be assessed. She added that the internet was down in some areas.

Croatia’s Interior Minister Davor Bozinovic appealed via his Twitter account to people in the streets to keep social distance among themselves as the country struggles to contain coronavirus spread. So far, the country has reported 206 cases of coronavirus and one death.

The city authorities, police and civil defense and the government are urging Zagreb residents not to stay in groups, as the city has strict measures to curb the epidemic of the new coronavirus. In Croatia, measures were further tightened on Saturday, public areas were closed to prevent socializing and interruption of long-distance public transport, while public transport in Zagreb was still limited.

The largest earthquake in Croatia

The earthquake was also be felt across much of Croatia, Bosnia and Herzegovina, Hungary, Slovenia, and Austria. The epicenter of the quake was located less than ten kilometers north-northeast of the city center and occurred at a depth of ten kilometers underground. This is the largest earthquake to have hit the region in living memory.

The earthquake was felt in Slovenia

Social networks are full of records of people from all over Slovenia who felt the ground shaking in the morning. Residents of Dobova, which is located on the border with Croatia, reported loud drumming, ground shaking, and various objects falling off the shelves.

The earthquake that shook Croatia at 6.24 and was also felt by the people of Slovenia did not cause any damage at the Krško Nuclear Power Plant (Nek). The plant operates safely and reliably. The nuclear power plant will still perform a preventive inspection of systems and equipment.

TOP Books about Slovenia for you to read while in quarantine

Even though we are all stuck in quarantine, we can still explore Slovenia by reading about our beautiful country on the sunny...
Read more

Covering the entire northeastern portion of the country, Podravje (so named for the Drava river valley) is the largest of Slovenia’s wine...
Read more