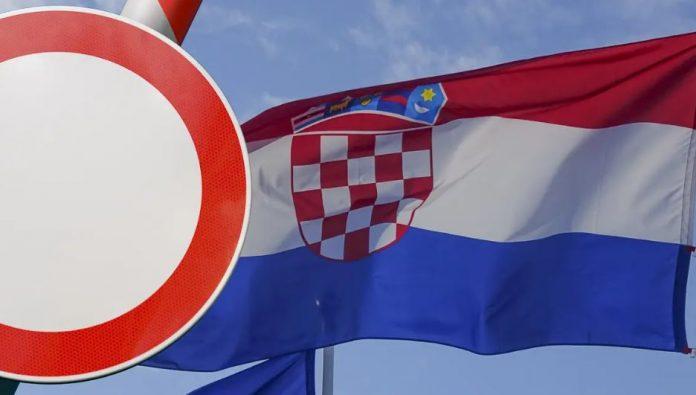 The Slovenian government has announced that they have placed Croatia on the so-called red list. Jelko Kacin has said to the press this afternoon that Slovenia will officially placed on the red list of countries with a higher number of Coronavirus infections tomorrow or on Friday.

After Monday mandatory 14 days quarantine will follow for those returning from Croatia to Slovenia.

“The fact is that the situation in Croatia is deteriorating dramatically. Data on those infected show that the situation is really bad and that Croatia will be on the red list” as it is likely to have more than 40 people infected with the new Coronavirus today per 100,000 inhabitants, Jelko Kacin said in a statement for the media in Brdo near Kranj.

Quarantine for travelers from Croatia will be introduced

The Slovenian government is advising Slovenians who are currently vacationing in Croatia to return back to Slovenia, as Croatia will be officially placed on the red list of countries that are having higher number of infections with Coronavirus. Those Slovenians who will be returning from Croatia after this Friday will have to go into mandatory 14 days quarantine. However, there are some rumors that people who will return to Slovenia before Monday won’t have to go into quarantine.

“The situation is so bad that we have no choice but to call on the citizens to return from the dangerous country as soon as possible. No matter what arrangements they have there. Things are getting worse quickly and will be much worse” warned Jelko Kacin.

According to Jelko Kacin, “the government is forced to introduce mandatory quarantine” and the decision to put Croatia on the red list of countries will be published in the official government of the Republic of Slovenia website on Thursday the latest till Friday morning. “The mandatory quarantine will take effect on Friday at midnight. Anyone who wants to go on holiday and travel to Croatia from Friday morning should know that he and members of his family will be quarantined when they return for 14 days” added Kacin.

Slovenian holidaymakers who are already in Croatia will be available to return all weekend, if necessary on Monday. “On Thursday, the government will assess the situation once again, and above all, with the help of cooperation with the Croatian side and events at the border crossings, we will decide by when and how people can return from Croatian borders to Slovenia,” said Jelko Kacin.

Given the rising numbers of imported coronavirus cases from Croatia in Slovenia the past week, restrictions have to be implemented to curb that, said Kacin, adding that it was yet to be seen whether there would be any potential exemptions from the measure based on age, region or a negative coronavirus test.

“We don’t have any other choice but to urge our citizens to return from the dangerous country as soon as possible, regardless of what kind of arrangements they have. The situation is deteriorating rapidly and will get much worse,” he said.

Those already in Croatia have until the end of the week to avoid quarantine, those traveling there as of Friday will have to quarantine, government spokesman Jelko Kacin said on Wednesday. Kacin expects the measure to enter into force during the weekend. Police officers will be required to issue a quarantine order for everyone returning from Croatia, he added.

Until Monday, the Health Ministry issued 50,500 such orders. The average time of issuing the order at a border crossing is about 14 minutes, the ministry told the STA on Tuesday.

There is no detailed data on the number of Slovenians currently holidaying in Croatia though. According to the country’s figures, there are some 160,000 Slovenian citizens in Croatia at the moment, said Kacin.

Croatia has recorded 914,000 arrivals of Slovenian tourists since the beginning of 2020. Slovenians have been topped only by German tourists in terms of generating overnight stays in Croatia’s tourism this year, creating 7 million overnight stays, said the Croatian Ministry of Tourism and Sport.

Kacin said that the government was daily monitoring the coronavirus situation in Croatia and other hotspots in the Western Balkans. The new cases imported from Croatia mainly stem from the country’s southern regions and mostly involve persons aged between 15 and 35. On Monday, 12 infections were confirmed in persons who had returned from Croatia.

Kacin pointed out that the young were attending parties on Croatia’s coast. They get infected and do not disclose who else was with them, adding that it was likely many were not detected and kept on spreading the virus. The decision to put Croatia on the red list comes after the Slovenian government started issuing increasingly stern warnings to Slovenian holidaymakers in Croatia that the situation was getting out of hand, in particular, due to beach parties at several popular tourist resorts in Dalmatia. Almost half the new cases Slovenia registered on Monday were imported from Croatia, and most of the infected persons are young, under 35.

Asked whether Slovenia would later upgrade Croatia from the red list of countries, which signals high risk in terms of coronavirus contagion, to the yellow list, which does not require mandatory self-isolation for Slovenian travelers, if Croatia closed nightclubs, Kacin said that Slovenia would welcome any measures stemming the spread of the virus.

He pointed out that the number of imported cases had a great impact on Slovenia’s epidemiologic status. The effective reproduction number, showing to how many people the infected person transmits the virus, would stand at 0.68 if there would be no imported cases. As it is, the number is 1.24.