Home LIFESTYLE Top series to watch while stuck in quarantine 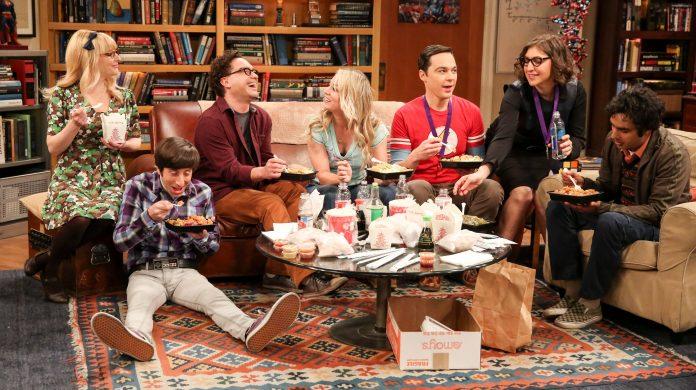 With the weekend approaching, we are all planning on making a list of top series to (binge) watch while stuck in quarantine.

If you’re looking to keep your brain occupied for a long period — like, say, days or weeks — TV is the way to go. While some seasons of television end after just a few episodes, others run for over 20 episodes. After a few years, that kind of production can stack up hundreds upon hundreds of hours of television.

No matter your television needs during the coronavirus threat, there is a series out there in the streaming world waiting for you. Keep reading to find it.

Chernobyl is a 2019 historical drama television miniseries produced by HBO and Sky UK. Created and written by Craig Mazin and directed by Johan Renck, the series revolves around the Chernobyl nuclear disaster of April 1986 and the cleanup efforts that followed.

This period drama follows the life of Queen Elizabeth II, and is perfect for those who want a balance of drama and glamor. The third season began shooting this summer, with Olivia Colman taking up the role of the Queen. While not exactly historically accurate, the show offers plenty of juicy drama. If your friend group misses Mad Men or Game of Thrones, this show will give you hints of both.

Even those who are skeptical of police dramas will find something to love about Brooklyn 99. This show began in 2013, and is expecting a sixth season next year. It caused a stir among fans when it was canceled, but it will be returning on NBC. The show has received attention for its diverse, lovable cast. It’s a charming sitcom, and perfect for the friend group who has run out of The Office reruns.

If you’re looking for something that is the opposite of stressful, look no further than The Bold Type. The Freeform dramedy follows three best friends in the New York City magazine world: Kat (Aisha Dee), Sutton (Meghann Fahy), and Jane (Katie Stevens).

While the trio does bump up against its fair share of personal and professional crises, they always have each other’s backs in the most difficult of times. When you’re desperately in need of your own pals, this is the show to embrace. In fact, Bold Type is the perfect series to watch as a group activity.

Sex and the City

Whether your relationship status is single, taken, looking, or complicated, everyone can glean something from this too-true look at dating in a metropolis.

Complete watching the series with both movies!

Reminding the world that Game Of Thrones’ Young Wolf, Richard Madden, is bae. Or, to be more technical, a mounting fear of terrorism in England, the politician (Keeley Hawes) using that fear to her agenda’s advantage, and the bodyguard (Madden) whose duty it is to protect her, despite his own views as a war veteran with untreated PTSD.

It’s hard to imagine my life before Game of Thrones existed. From Jon Snow’s curly locks to Arya Stark’s vengeance, there’s so much to love and theorize over on the show.

Unravel how Andrew Cunanan ended up murdering famed fashion designer Gianni Versace in cold blood. Versace wasn’t a murder mystery. Instead, it was an emotional meditation on homophobia in 1990s America, serving as a reminder of just how close our country’s dark, bigoted past truly is. Despite the limited series’ heavy subject matter, it also managed to be luxurious and beautiful, just like Gianni Versace’s work.

Follow heroine Jane Villanueva (Gina Rodriguez) as she navigates her way through love triangles, unexpected motherhood, countless complicated crime boss twists, and a shocking amount of grief. The constant upheaval in Jane’s life will keep you distracted for days, if not weeks.

Sex, robots, mazes, mystery — this show checks all the boxes of a surefire HBO hit. The series is based on the 1973 film by the same name. Its confusing plot line will keep you on your toes as you waver back and forth between trusting the characters and quickly doubting everything you see. It’s a wild ride.

A bunch of self-obsessed business demons fighting for control of their family’s mega-corporation. Also, Cousin Greg (Nicholas Braun). The slow burn of realizing how ridiculous, and fun, the Roy family is. At first, viewers were skittish about praising a new family of unimaginable wealth who could ruin the lives of thousands, if not millions, in their power plays.

So, a mere 100-ish hours of television doesn’t sound like a big enough TV rabbit hole for you? Shonda Rhimes is here to help. Grey’s Anatomy — which premiered during the Bush administration — will air its 360th episode on Thursday, March 19. That means that by Friday, March 20, you will have about 360 hours of Grey Sloan Memorial Hospital drama to binge — with an extra episode popping up every week until ABC runs out.

Lose yourself in the breakups, make-ups, and inadvisable hospital sex of Grey’s Anatomy.

Stranger Things is one of the few blockbuster behemoths that manages to live up to the original iteration with its sequel. Stranger 2 builds on the thrills of its predecessor by giving Will Byers (the wildly, secretly talented Noah Schnapp) a big dramatic arc, creating a new beloved, doomed Barb-like figure in Bob Newby (Sean Astin), and leaning on the natural chemistry of cast members like Gaten Matarazzo and Joe Keery.

The fellow Brit series follows Otis (Asa Butterfield), a budding high school sexpert with his own bedroom problems, his crush Maeve (Emma Mackey), a genius with a working-class background, and his best friend Eric (Ncuti Gatwa), as they deal with the obstacles of teenagedom.

Grace And Frankie, about two ex-wives (Jane Fonda and Lily Tomlin) forced to live together after their respective husbands (Martin Sheen and Sam Waterston) come out and announce their decades-long romance, is one of the best buddy comedies television has ever gifted the world.

Plus, it proves stars Fonda and Tomlin are only getting better with age.

This classic drama series about teens in the Upper East side being targeted by a ruthless gossip blogger. Follow Serena (Blake Lively) and Blair (Leighton Meester) as the drama escalates over the course of six seasons. This is a great guilty pleasure show.

Burlesque: A life of glam and interview with Madam