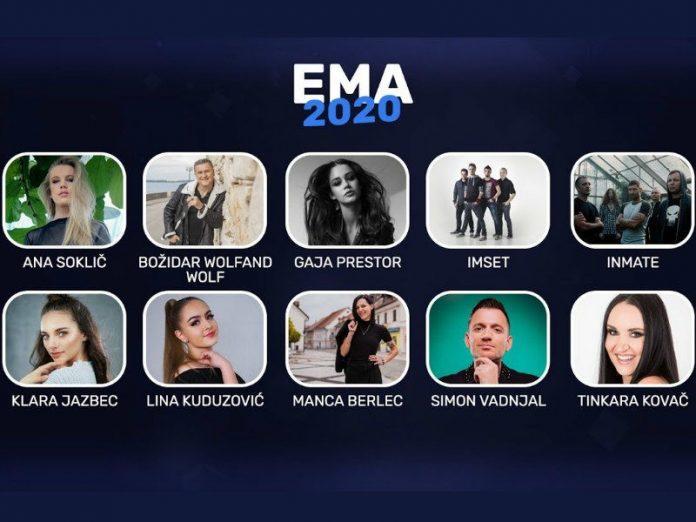 Ana Soklič will represent Slovenia at the Eurovision Song Contest in Rotterdam in May after winning the Slovenian EMA contest on Saturday with the song Voda (Water). Ana Soklič is not a new name on the Slovenian music scene. She was picked by tele-vote in a super-final that also featured Lina Kuduzović, who as a 12-year-old placed third in the Junior Eurovision Song Contest in 2015 after winning the first season of Slovenia’s Got Talent at the age of 7 in 2010.

The EMA contest was once again hosted by comedian and impersonator Klemen Slakonja. The contest consisted of a total of twelve acts, ten of which were selected by a jury from among 74 entrants with additional two picked among up-and-coming artists in an online competition EMA Fresh.

The two super-finalists were selected by a jury comprising Darja Švajger and Nuša Derenda, Slovenia’s highest-ranked Eurovision entrants to date in 7th in 1995 and 2001, and Maja Keuc, who made it to 13th in 2011.

Listen to the song and let us know what you think about it. We would love to know!

An Illustrated History of Slavic Misery

An Illustrated History of Slavic Misery is a ride through the Slavic nations of Europe and the men and women who made them great, from violent warlords to medieval kings all the way to ingenious poets, freedom fighters and a woman who literally fell from heaven. Along the way we learn the answers to some vital questions – Who invented the 20th century? How did World War One begin? Is it possible for a human to deadlift cattle?