In June, the newly refurbished Lev Hotel in Ljubljana opened its doors. With an investment worth 4.5 million euros, the hotel acquired 36 rooms and the so-called “TehnoLev” conference centre, which consists of three modularly designed conference rooms. The owners describe the new image of the hotel as “retro chic”.

Lev Hotel, a member of Union Hotels, is celebrating its 55th anniversary with an extensive renovation which resulted in a new retro chic elegant look, five completely refurbished floors, including the “Pavarotti floor”, new premier suites at “Top Floors” and increased capacity. There are now 209 hotel rooms of various categories available, 20 are premium-standard premier suites.

The first floor is named Pavarotti’s floor after the renowned tenor Luciano Pavarotti, who stayed here during his visit of Ljubljana in 1997. Also other floors will get new names after their famous residents, among them Agatha Christie, Ray Charles, Bob Dylan, Orson Welles and Kirk Douglas.

The hotel also boasts a new conference centre called TehnoLev, which consists of three modularly designed conference halls, adapted to different volumes and types of meetings. They can all be connected into one major conference hall.

The former café of Lev Hotel has now been replaced by L Bistro&Bar, open also to the passers-by. Bistro focuses on light lunches, serving traditional Ljubljana dishes within the framework of the Taste Ljubljana project, such as Vodnik’s Salad and the Ljubljana Pancakes. 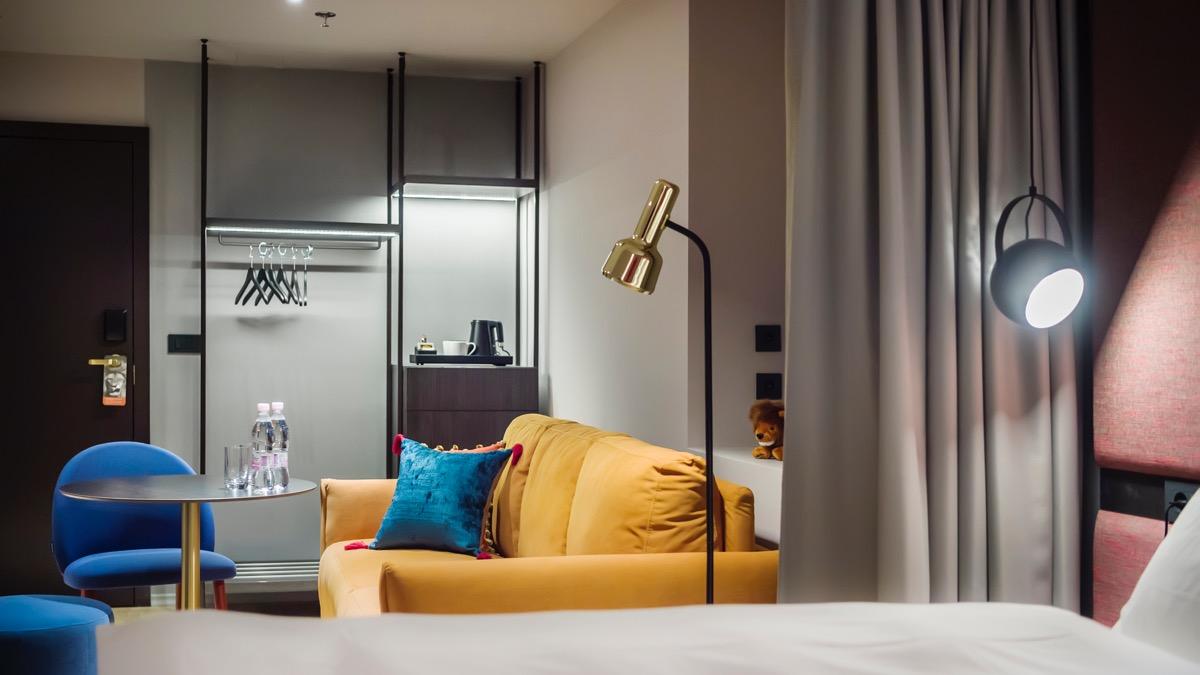 At the press conference held on the reopening of the hotel, the Union hotels and sales director Antonio Deperte stressed that the aim was to respond to the market demand and create a hotel that suits both families and business people. Hotel Lev has been the fastest growing hotel in their group for two years now. The management stated that the occupancy is above last year’s level, and that they also achieve better prices. Their future plans include the renovation of two additional floors, which would bring them extra 40 rooms.

With its refurbishment, Lev Hotel followed Central Hotel in April and became the second investment of the Union Hotels Group in 2019. Their next project is the refurbishment of Grand Hotel Union.

The days of the Alps-Adriatic kitchen 9 to 25 September 2022 At the time of the good taste, there are many dishes in the Septmeber restaurant...
Read more