Tour of Slovenia is the largest cycling event in Slovenia, which every year attracts more and more people, who follow and watch the race either at the race track or through different media channels. The very first Tour of Slovenia was organized in May 1993, just one year after the Slovenian cycling organization became a member of the International cycling association UCI.

The Slovenian tour has continuously grown and developed and today, after successfully finishing already it’s 25th edition, it attracts world’s best cyclists and cycling teams to compete and demonstrate their skills on picturesque Slovenian roads, where images of landscapes change from Alpine, Pannonian to Mediterranean area.

With world-class partners and under a new slogan “Fight for green” the Tour of Slovenia is gaining new momentum and is – aside from being a top cycling event – becoming also one of the main events for the international promotion of Slovenia as a five-star tourist destination. 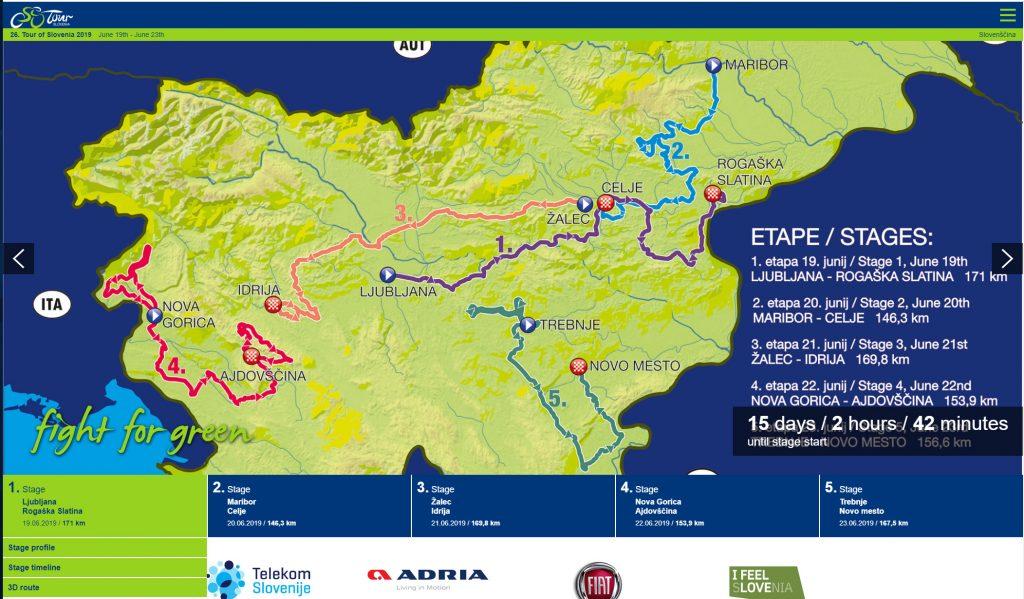 Last 10 winners of the Tour of Slovenia

The most beautiful waterfalls in Slovenia