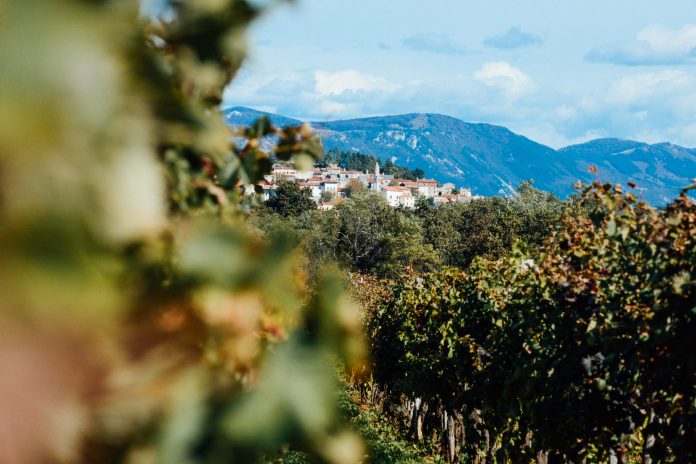 In 2007, a new network was established in the European Union involving places and areas that consistently develop the forms of environmental, cultural, and socially sustainable tourism. These areas attract tourists by various noble content, themes, and programs. The network is called EDEN, which is an abbreviation of European Destinations of Excellence. In 2008, Slovenia also joined this excellent company with its very own winning destinations presented in this article.

The Goriška Brda region is known primarily for its world-class wines, but its biggest annual cultural and tourism event is dedicated not to grapes but cherries. Held in the first half of June, the Cherry Festival includes many different ethnological, cultural, sport and entertainment activities for the whole family.

A perennial entrant on countless lists of the most beautiful rivers both in Europe and world, the Soča river is famed for its deep emerald color, which winds it way through some breathtaking landscapes of the Triglav National Park before eventually meeting the Adriatic Sea.

Slowly meandering between the lush green mountains that separate Slovenia from its southern neighbour Croatia, the towns that the Kolpa river passes along the way, and their inhabitants, are just as friendly and welcoming as its calm, peaceful waters.

In addition to being an EDEN destination, the humble town of Idrija is also one of Slovenia’s three UNESCO heritage sites, and thousands of visitor flock here the third week of June each year for the annual Idrija Lace Festival, highlighted by competitions, fashion shows, workshops and other events.

Known affectionately as Radol‘ca, Radovljica is the ‚sweetest‘ town in Slovenia, not only due to its tradition of beekeeping but also because of chocolate. Every April the charming old town centre plays host to the Radovljica Chocolate Festival – the largest culinary event in Slovenia.

Lead mining under Peca Mountain dates back to Roman times, and from 1665 until the mine closed in the 1990s some 1000km of tunnels were dug. Nowadays the Podzemlje Pece Tourism Mine and Museum offers unique underground adventures and is one of the main attractions of the Karavanke UNESCO Global Geopark.

Words simply don’t do justice to this secluded mountain region and the three stunning Alpine valleys that it’s composed of, but rest assured that any visit here will be rewarded with some of the most breathtaking natural sights that Slovenia has to offer.

Visit the Green Karst region and experience truly untouched and wild nature. See brown bears in their natural environment. Join professionally guided tours and observe the largest population of bears in European forests face to face. Special tours are tailored for both photographers and individuals.

One of Slovenia’s truly undiscovered gems, the Žiče Carthusian Monastery is hidden away in a small valley to the west of Slovenske Konjice and lies partially in ruins, but has a mysterious, enchanting atmosphere and a long, storied history.

Famed throughout the region for its eponymous beer, which has been brewed there since 1825, it should come as no surprise that the annual Beer and Flowers (or Pivo in Cvetje) Festival draws large crowds – some 150,000 in fact, making it one of the largest events of any kind in Slovenia.