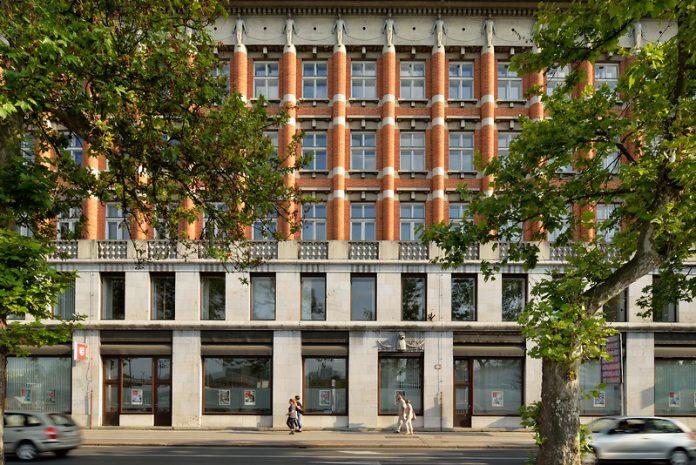 Plečnik’s entire life was imbued with creativity; he constantly sketched ideas in his numerous sketchbooks. He was a complete artist, and passed on his disciplined industriousness and the principles of the creative processes not only to the students, but also to those who executed his works in architecture as well as in interior design.

He designed things of all kinds, from chairs to door-handles, to decorative corks or book covers, paying attention to every detail. You can see some of his ingenious designs in Plečnik House in Ljubljana’s district of Trnovo, the house in which Plečnik lived when creating the phenomenon now called Plečnik’s Ljubljana.

The Slovenian Philharmonic resides in a splendid building on Congress Square in the center of Ljubljana. Its proud and exceptionally rich history and musical tradition date back to the beginning of the 18th century. In 1701, the Academia Philharmonicorum was founded as one of the frst institutions of its kind in Europe.

It was reorganised in 1794 as the Philharmonic Society, the honorary members of which were composers such as Franz Josef Haydn, Ludwig van Beethoven and Johannes Brahms. In 1872, Ljubljana’s rich musical tradition was continued by the cultural society Glasbena Matica, and in its framework, the frst Slovenian Philharmonic was formed in 1908 and active until 1913. In this 70th jubilee concert season, there are many special events planned, including concert cycles and festivals, along with numerous additional events and tours in Slovenia and abroad.

Made in Slovenia: Helga

Made in Slovenia: Duavita & Shunga