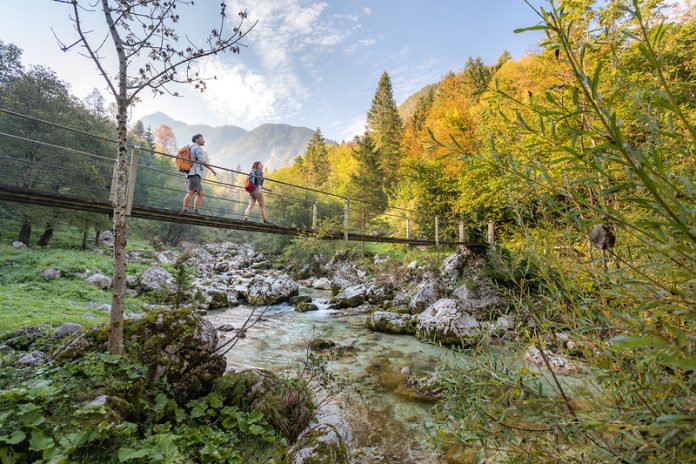 Check out the weekly news updates from Slovenia. We have highlighted and summarized the weekly Slovenian news stories.

This summary is provided by the STA:

LJUBLJANA- An exhibition of contemporary Slovenian design opened in Berlin on Thursday, featuring almost half of the 90 products that won the Made in Slovenia design excellence label in the last two years. The Future of Living show is the first promotional event organised in the framework of the Slovenian presidency of the EU Council.

LJUBLJANA- The retail group Mercator generated a net profit of EUR 3.14 million in the first quarter of the year, up nearly 184% over the same three months in 2020. Retail revenue dropped by 4.5% annually, but rose by nearly 9% compared to the same period in the pre-coronavirus year 2019.

LJUBLJANA- The National Assembly has adopted an amended housing act whose overarching goal is to increase the number of public rental homes in the country.

LJUBLJANA- Akrapovič, a Slovenian company known for its exhaust systems, celebrates its 30th anniversary this year. Founder and owner Igor Akrapovič pointed to continuous investment in development as the key to success. The epidemic led to a slight decline in sales, but last year’s profit remained comparable to 2019.

LJUBLJANA- The newspaper Finance says on Thursday that systemic changes are needed to make Slovenia more attractive for investment. Subsidies are a welcome measure but they are not a systemic solution, it notes under the headline Will We again Miss the Opportunity for Serious Improvement of Business Environment?

LJUBLJANA- Prime Minister Janez Janša survived an impeachment vote in parliament on Wednesday as 42 deputies voted in favour and 44 against after nearly ten hours of debate. A 46-vote majority would have been required to impeach him.

LJUBLJANA- Yang Jiechi, the director of the Central Foreign Affairs Commission Office of the Central Committee of the Chinese Communist Party (CPC) and former Chinese foreign minister, was received by President Borut Pahor on Wednesday for an exchange of views on international issues.

Slovenia with record May rainfall

LJUBLJANA- This year’s May was one of the coldest on average in Slovenia in many years. The amount of rainfall was in many parts of the country one of the largest on record, and there was also an extraordinary amount of snowfall for this time of year, said the Environment Agency (ARSO).

Hoteliers barely able to keep their heads above water

LJUBLJANA – Head of the Slovenian Hoteliers’ Association, Gregor Jamnik, described the situation in the industry as disastrous, warning that the bulk of businesses are not generating any revenue and even though most are still able to keep their heads above water, they will need long-term state aid as the industry will not fully recover in a decade. “I cannot express how awful the situation,” Jamnik, director of Hotel Slon in Ljubljana, told the STA. He noted the state was refunding only part of fixed costs, but that those who had used up all their cash during the crisis “cannot even be helped by the state”.

Revoz suspends production for two days due to shortage of chips

NOVO MESTO – The Novo Mesto-based car assembly plant Revoz, owned by Renault, suspended production of all of its models for Thursday and Friday due to shortages in electronic parts or chips, which has become a global problem due to an increase in the use of electronic devices during the Covid-19 pandemic. Revoz spokesperson Nevenka Bašek Zildžović told the STA that the problem had been looming for a while, and was being tackled by the core company Renault, which has been distributing the supplies of electric parts and the new shipments it receives among individual factories.

LJUBLJANA – Branko Bračko resigned from his position as a member of the supervisory board of Petrol before he was due to start his term on 11 April, following media allegations about his being a senior official of the ruling Slovenian Democratic Party (SDS). The energy company announced the supervisory board receiving Bračko’s resignation letter in a regulatory filing without giving any further details. Bračko was appointed to the supervisory board at the Petrol shareholders’ meeting late last year on the proposal of Slovenian Sovereign Holding (SSH), the state asset manager. A few days ago, the news portal Necenzurirano reported it acquired documents, photographs and information proving that Bračko had concealed the information of his party positions from SSH.

PLANICA – Japan’s Ryoyu Kobayashi won the individual ski flying World Cup event in Planica, scoring 452.5 points. Germany’s Markus Eisenbichler and Karl Geiger placed second (445.1 points) and third (431.2 points), respectively. The best among Slovenians was Bor Pavlovčič in fifth place. The first event of the Ski Jumping World Cup finals saw a number of favourites miss out on the final round, including the overall winner of the season Halvor Egner Granerud of Norway.

LJUBLJANA – The Slovenian men’s football team opened the qualifiers for the 2022 World Cup by defeating on Wednesday evening world champion runners-up Croatia 1:0. Sandi Lovrić scored early for Slovenia, who managed to keep the lead all the way until the final whistle. The match in Stožice Stadium was played without spectators and was actually the first win for Slovenia against the neighbouring Croatia in nine official matches they have played. “We are happy, but we will stay firmly on the ground,” head coach Matjaž Kek said as the team is playing Russia in Sochi on Saturday and Cyprus in Nicosia on 30 March.

Beekeeping to be nominated for UNESCO heritage status

LJUBLJANA – Slovenia is to nominate beekeeping for the UNESCO Intangible Cultural Heritage list, with the nomination being a reflection of the wealth of the country’s beekeeping tradition and is rooted in ecological, sustainable and social aspects of beekeeping, the government has announced. The nomination proposal, titled Beekeeping in Slovenia, A Way of Life, highlights the prevalence of beekeeping skills and practices that have been handed down from generation to generation.

BRUSSELS, Belgium – Prime Minister Janez Janša and European Commission President Ursula von der Leyen discussed the preparations for and priorities of the upcoming Slovenia’s EU presidency. Both the PM’s office and von der Leyen labelled the talks as good and constructive. They focussed on ways to boost the EU’s resilience, according to Janša’s office.

LJUBLJANA – Seven EU leaders, including Slovenian Prime Minister Janez Janša, have addressed a letter to the European Commission, voicing their concern over what they see as little room for member states’ individual policy making, including in nuclear energy development, left by the bloc’s efforts to reach climate targets. In the letter, they highlighted that they remained fully committed to the 2030 climate target plan. However, they worry “that the path that is currently determined to achieve this goal leaves little room for internal policy making according to country specific conditions”.

LJUBLJANA – Unofficial information showed that Slovenia sent its contribution for the European Commission’s second report on the rule of law in EU member states to Brussels. A virtual visit to Slovenia to obtain more information and clarify potential issues is scheduled for mid-April. The deadline for EU member states to submit their contributions was 8 March. The government approved the Slovenia’s response to the Commission’s questionnaire for the report last evening, but the content was not revealed.

LJUBLJANA – Culture Minister Vasko Simoniti survived a vote of no-confidence mounted by the centre-left opposition over several grievances, including his inaction during the epidemic and attitude to the self-employed and public media. 43 MPs voted to oust him, three fewer than needed for dismissal. The coalition was practically united in defending Simoniti’s work in the debate spanning over two days, arguing the motion was groundless and a “farce”. Forty MPs from the coalition SDS, NSi and SMC and from the opposition SNS and one DeSUS MP voted in fav