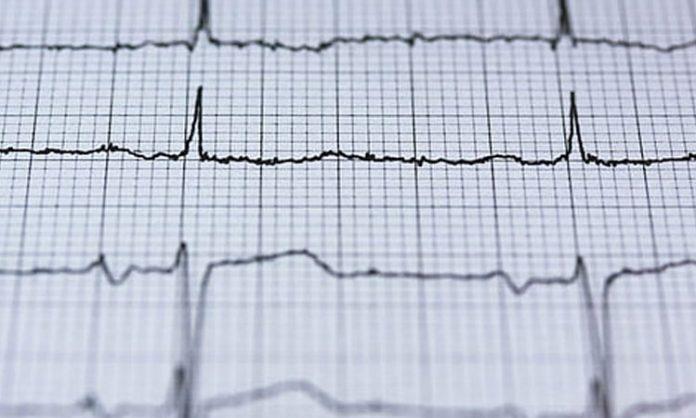 Zagreb has once again felt the shakes of an earthquake. This morning at around 10 am an earthquake measuring 3.5 on the Richter Scale rocked the Croatian capital.

According to the European-Mediterranean Seismological Centre, the earthquake was at a depth of 2 kilometers and the epicenter was 2 kilometers northeast of Zagreb. Eye witness reports state that there were “A few seconds of strong shaking with loud sounds.”

The quake was felt in various parts of the Croatian capital city, which suffered extensive damage in a 5.5 strong quake on 22 March.

We received a number of reports from local residents who felt the earthquake in Zagreb.

“Here we go again, that felt strong. It was only short but things started to shake,” one commented from the suburb of Zaprude.

“We felt that. There was shaking but it only lasted a few seconds. It was the biggest we felt since the big one a month ago,” another reader from Cvjetno naselje said.

“The epicentre was more shallow than the big one a month ago that is why this felt so strong. I was terrified when it started to shake but lucky it was only short,” said another comment. Since the 5.5 magnitude earthquake last month, hundreds of the aftershocks have been felt in Zagreb and its surroundings. The video below shows parliament building shaking briefly when the quake hit this morning.

More earthquakes in Zagreb followed the first one

More information about the major earthquake in Zagreb here.

The major earthquake that struck the Croatian capital Zagreb a month ago caused around 42 billion kuna ($6.03 billion) of damage and country will be seeking outside help to pay for the reconstruction work, the government said on Wednesday.

One person was killed and 27 others were injured in the 5.3 magnitude earthquake on March 22, while many people had to leave their homes due to the damage to buildings

“Our experts, who also consulted foreign colleagues, assess the damage at around 42 billion kuna. The most urgent matter is to complete repairing chimneys, water supply and heating facilities for people to be able to return to their homes,” Construction and Urban Planning Minister Predrag Stromar said.

After that we will look at repairing the damage to hospitals and schools, he added. “We will also seek (financial) help from the European Commission and the World Bank, and also we plan a donor conference,” Stromar said. Finance Minister Zdravko Maric said this month Croatia would also need up to 70 billion kuna in the next few months to handle the economic impact of the coronavirus crisis.

COVID-19: Travelling to Slovenia with the EU’s Digital Green Certificate

For those liking life with a little spice, the landscape of Croatia provides a depth and variety to keep all comers happy. Stretched like...
Read more

Made in Slovenia: Eclipse lamp

Light and shadow are framed in this wooden lamp. During the day it’s a perfect wooden circle on the wall – a symbol, icon, statement...
Read more

Get the latest information about Coronavirus and lockdown in Slovenia here. Slovenia has conducted over 2,708,000 COVID-19 tests since the global pandemic started last...
Read more