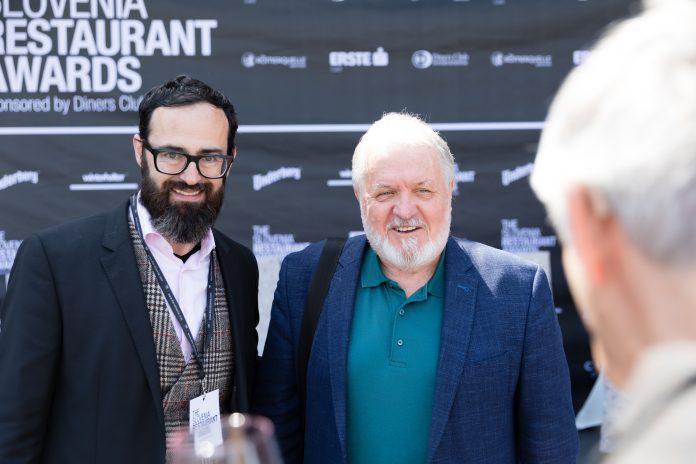 The voting is only a few days away for The Slovenia Restaurant Awards 2020! The public will start voting on March 1st.

Meet the Supervisory Board for the fourth edition of The Slovenian Restaurant Awards 2020!

The Supervisory Board consists of prof. Janez Bogataj, PhD, Professor Emeritus, doctor of ethnology and professor of art history, doc. Aleš Gačnik, PhD, head of the Department of Cultural Tourism and Cultural Heritage at Turistica and head of the Centre for Gastronomy and Wine Culture at the University of Primorska, and Yuri Barron, an international reporter and the editor-in-chief of the international publishing houses The Slovenia and InYourPocket.

Doctor of ethnological sciences and professor of art history. Bogataj is the co-author of the Strategy of Gastronomy of Slovenia and author of culinary pyramids for Slovenia and individual regions. He received domestic and foreign professional and social awards. Five of his books received the prestigious international Gourmand World Cookbook Award. He is a member of the IGCAT Institute, the Ambassador of the Republic of Slovenia to the EU project EDEN, etc.

As an ethnographer and sociologist of culture, Dr. Aleš Gačnik works at the University of Primorska, where the Head of the Department for Cultural Tourism and Cultural Heritage at the Faculty of Tourism Studies, and head of the Centre for Gastronomy and Wine culture, University of. A representative of the University of the UNESCO / UNITWIN Network ‘Culture, Tourism, Development’ and expert member IGCAT – International Institute of Gastronomy, Culture, Arts and Tourism. As a researcher, developer, and professor he primarily works in the areas of heritage and cultural tourism, as well as in the field of wine and culinary culture. He has won several national and international awards.

Originally from Seattle, Yuri’s lived abroad for more than 18 years, including stops in the UK, South Africa, Cyprus, Lebanon, Syria, the Czech Republic and Slovenia. He travels as often as possible, visiting some 95 countries thus far, and since 2009 he’s been the managing editor of Slovenia’s In Your Pocket guides as well as an editor and writer for various THE Slovenia projects, giving him the opportunity to visit virtually every village, valley and vineyard on the sunny side of the Alps.

Countdown the days with us on social media and get notified as soon as the voting goes live, here.