Dr Janez Bogataj is one of the world’s foremost experts on Slovene ethnology, with a special focus on the country’s culinary history and modern trends. Born in Ljubljana in 1947, Dr Bogataj first worked as the curator of ethnology at the Dolenjska Museum in Novo Mesto in 1972, and joined the academic staff at the Department of Ethnology at the Faculty of Arts, University of Ljubljana in 1977, where he was appointed an assistant professor a decade later and made a full professor in 1998. Since 2011 has held the title of retired honorary professor. 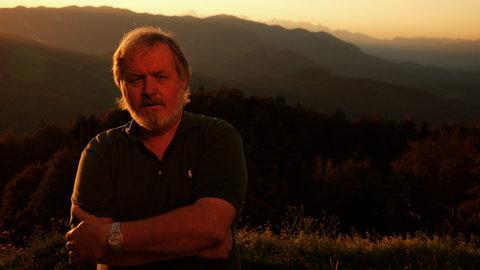 The basic field of his research and teaching work is the ethnological pro le of the Slovenes; ie their culture, economy and way of life. During his long career, he has conducted in-depth research on questions of Slovene cuisine and gastronomy, arts and crafts, tourism, countryside tourism, the culture of business relations and corporate gifts, national brands, national heritage, and questions related to changes in customs and national character. He is still actively engaged in research on cultural heritage and its relations to modern society, and also lectures as a guest professor at the University of Primorska’s Faculty of Tourism Studies in Portorož, as well as being a frequent speaker at the various conference, seminars and other events.

WHAT 5 WORDS BEST DESCRIBE SLOVENE CUISINE? Different, tasty, natural, sustainable and modern – but based on long and diverse regional traditions.

WHAT HAVE BEEN THE MOST IMPORTANT HISTORICAL PERIODS FOR THE DEVELOPMENT OF SLOVENE CUISINE? The culinary and gastronomic image of modern Slovenia is founded on the cultural and historical conjunction of the European Alpine, Mediterranean and Pannonian lowland worlds. Many new foods were introduced in the period of Austro-Hungarian Monarchy, but it was during the French occupation at the end of the 18th century that the first cookbook in the Slovenian language was published by Valentin Vodnik in the year 1799. The development of major tourist centres (for example Bled, Rogaška Slatina, Dobrna, Portorož) from the second half of the 19th century has con- tributed substantially to the development of the eating culture. For centuries, Slovenian cuisine and gastronomy have been a part of the Central European cuisine, with a number of its own characteristics and specialities. New innovation process in food started to appear after 1918 and after 1945 with the introduction of a number of Balkan dishes. The 1960s brought about the spread of the Italian pizza culture. A little later the first China restaurants came in Slovenia.
The process of discovering our own culinary and gastronomic heritage began in the 1980s, reflected by the increasing number of published gastronomic and culinary books and their incorporation into modern eating habits and into restaurant menus (for example the Slow Food movement). 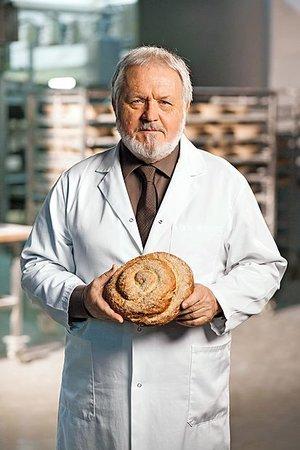 HOW DOES SLOVENE CUISINE DIFFER FROM REGION TO REGION?
The historical mentioned above also resulted in a rich and colourful selection of local culinary manifestations, which were further classified into 24 different gastronomic regions and 200 professionally selected representative dishes. The selected dishes do not reflect their popularity, nor do they occur exclusively in the region. The main criterion for their inclusion was their general ability to be recognized. Individual gastronomic regions and their inhabitants tend to identify with certain dishes and therefore these virtually act as their flags. Slovenian cuisine is a meeting place of historical developments, intercultural influence, local features, and the long-lasting attachment of Slovenians to their healthy natural environment and the fruits that it yields. All these factors contribute greatly to the continuation of this rich cultural heritage as well as to the continuous search for new solutions based on rm foundations.

HOW HAS THE SLOVENE GASTRONOMIC SCENE CHANGED DURING MORE RECENT TIMES (IE AFTER 1991)?
After 1991 the Slovene culinary scene saw an increase in international dishes, but at the same time, we prepared a strategy of Slovene gastronomy and a culinary strategy for different Slovene regions (eg Central Slovenia, Gorenjska=Carniola, The Pohorje region, etc.). The number of culinary events and festivals has greatly increased, and we are also trying to promote “gostilna” – a traditional Slovene family-run restaurant or inn.

WHAT DEVELOPMENTS DO YOU SEE OCCURRING OVER THE NEXT DECADE OR TWO?
Slovenia must improve the international (world and European) recognition of its gastronomic traditions. We have very natural dishes and fantastic wines, as well as high-quality spring water, alcoholic drinks, natural fruit juices and more.

WHAT ARE A FEW TRADITIONAL SLOVENE DISHES THAT FIRST TIME VISITORS TO THE COUNTRY SHOULD ABSO- LUTELY TRY?
Traditional Slovene dishes that first-time visitors to the country should absolutely try are:

CAN YOU TELL US A LITTLE BIT ABOUT THE GOSTILNA SLOVENIA BRAND?
Gostilna Slovenia is a new brand in Slovenia’s culinary promotion. We started with the project in 2010 and today it includes 46 restaurants (or ‘gostilna’). To become a member, the gostilna’s menu must be comprised of more than 80 per cent Slovene dishes, and more than 70 per cent of its wines must be from one of Slovenia’s three wine regions. There are many other conditions about architecture and interior design, music, local sup- pliers of ingredients, etc. Now we are preparing the model of Gostilna Slovenia as an internationally recognised brand. But this is a project for the future, as you know, the word Slovenia comes from the English word ‘slow’!

To find out more other unique places and interviews with personalities in Slovenia, check out our THE SLOVENIA BOOK – AN INSIDER’S GUIDE TO THE BEST OF SLOVENIA