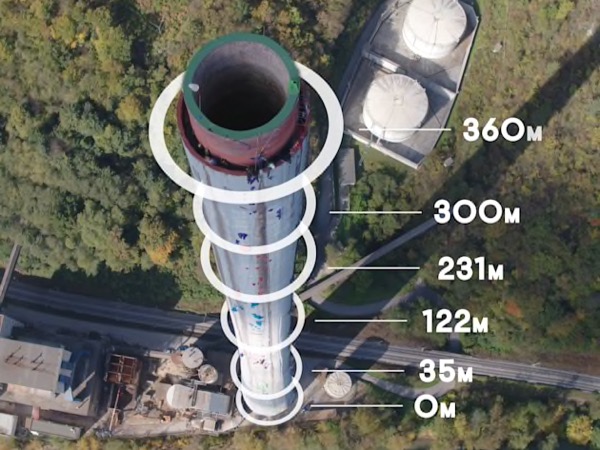 Again, the Slovenian sports spirit has been brought to the spotlight. This time by two world-class Slovenian climbers, Domen Škofic and Janja Garnbret, who successfully climbed up the highest chimney in Europe, located in Trbovlje, Slovenia.

The segment of active outdoor holidays, together with mountain holidays, is one of the most competitive tourism products in Europe. It has a significant impact on the image of Slovenia as a sustainable destination, and connect well with the sports tourism product. It, furthermore, ensures safe, sustainable, and attractive experiences for the visitors.

The product is thus one of the main tourism products for which the STB has provided many promotional and marketing activities. The development of the active leisure offer in Slovenia will continue to be based on boutiqueness, uniqueness, authenticity, and the unspoiled nature, which allows a non-mass development of the product. Projects like Red Bull’s “Tower of strenght: a climb up Europe’s tallest chimney” with two Slovenians in the main role, showcase the country’s sports soul and additionally boost the image of Slovenia as a sports destination.