Kočevsko, also called Rudniško lake, is one of the most prominent natural sights of the Kočevska region. It is situated in the bottom of an open pit mine, where miners dug for lignite – brown coal, until 1979.

While the mine was operational, a small creek flowed into the pit, and the water was used in the process of separating the coal. The used water was then transported in large tubes into the nearby river Rinža. When the works finally stopped, the creek began filing the bottom of the mine.

Today, the lake is extremely popular with fisherman – it is teeming with carp, some of which have been known to weigh up to 25kg, but also with 2m long catfish, pike, zander, grass carp, chub, tench, rudd, and other fish species. You can acquire fishing permits in the local Tourist Information Centre – TIC Jezero – or at the Ribič inn, which boasts an impressive view of the lake. 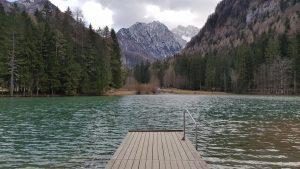 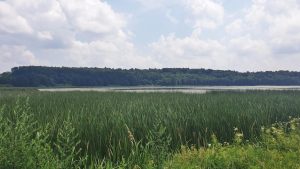 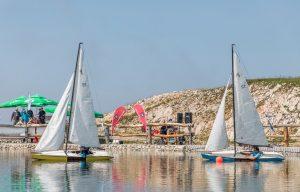 The lake on Mounth Zvoh / Highest sailing regatta in Europe, at 2.000 m