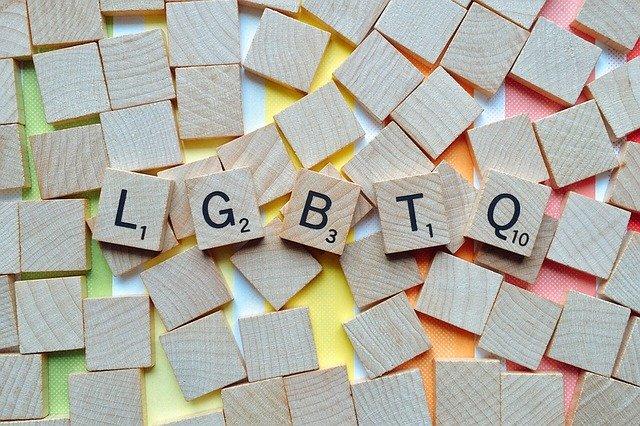 Slovenia, especially Ljubljana, is friendly and open to all visitors. As guests who are members of the gay and lesbian community, you are welcome here. All the services provided by Slovenia to its guests are also available to you.

Slovenia has a national gay-rights law in place that bans discrimination on the basis of sexual preference in employment and other areas, including the military. In recent years, a highly visible campaign against homophobia has been put in place across the country, and the same-sex civil union is allowed.

Ljubljana is the center of gay life in Slovenia and is considered a reasonably tolerant city. Outside Ljubljana, there is little evidence of a gay presence, much less a lifestyle. Gays and the LGBTQ community is welcome to Slovenia.

Among the biggest and most distinctive events organized by the very active gay and lesbian community in Slovenia, there is the annual Pride Parade taking place every June in Ljubljana. It includes a procession and other events intended for raising awareness about same-sex-oriented people. The Festival of Gay and Lesbian Film has been a regular annual event in December for a number of years.

BREAK THE SILENCE AND SUPPRESSION OF HOMOSEXUALITY

Ljubljana Pride in the capital of Slovenia has been a thing since 2009 and the event keeps growing each year. The capital of Slovenia is not only planning an LGBT Pride Parade, but they have an entire Pride Month in mind. Activities during Pride Month include a lesbian picnic, a bisexual meetup, concerts, parties, workshops, and loads of other Pride-related activities.

In 2020, the Ljubljana Pride is scheduled for 13 June 2020. Have a look at the official website for more info.

Originally launched in 1984, the festival holds the distinction of being the oldest gay and lesbian film festival in all of Europe. Held annually during the first week of December, films are screened from all over the world.

In late May, members of the lesbian, gay, bisexual and transgender community from around the world and your friends can enjoy the beauties of Slovenia, get to know the cuisine, local customs, and traditions, and have fun. The rich program of the Pink Week festival includes a tour of selected Slovenian destinations, indulgence in wellness, visit the wineries and much more. This year the event will be held from 27th till the 31st of March.

The 21st edition of the feminist and queer festival of Red Dawns Festival invites you back into our embrace… With your consent, of course! This year’s twenty-first festival is centered around connecting, embracing, diversifying, both domestic and international collectives, which are uniting in the fight for equity and equality.

The largest gay and lesbian community in Slovenia is in Ljubljana, where there are several clubs and cafés: Pritličje, Klub K4, Klub Tiffany are among the most known meeting places, while other popular meeting places also include different restaurants, certain saunas and similar.

It might be a café, a bar, a cultural center, a comic book shop or a live music venue, but in truth, Pritličje is all this and more and then some too. The events schedule is packed with cutting edge creativity, the drinks list goes above and beyond the standard fare and the coffee is good enough to make it one of our most frequented spots in town. Add a perfect location next to the town hall, a comic book store full of a dizzying array of titles (the only shop of its type in the city center), cute window seating and social values befitting the age we live in and we’re slowly running out of superlatives for Pritličje.

On some Saturdays and Sundays, this popular gay-friendly club (pronounced ‘Kah Shteer-ee’ in Slovene) hosts gay and lesbian nights under its alternate personality, Roza Klub, which is also an independent political organization and one of the driving forces behind the Gay & Lesbian Film Festival and Pride week.

Ljubljana’s premier gay club, Tiffany has been open since 1993 and under its current name since 1997. As well as the weekly club nights space also plays host to a huge variety of events, such as exhibitions, film debates, lectures, workshops, round-table discussions and oh so much more. First and foremost it’s a nightlife spot for Ljubljana’s LGBTQ community to have some fun though. Tiffany is also home to the Q Cultural Centre.

One of the oldest clubs in Ljubljana’s much loved Metelkova cultural hub, Monokel is also Ljubljana’s only self-heralded lesbian club. As such it acts as something of a center for lesbian activity in the city, with much in the way of socializing, entertainment and an impressively consistent selection of live music-making up the schedule. Monokel is open only on Fridays, as well as the occasional Saturday if there happens to be an event.

Officially opened on April 24, 2009, the 25th anniversary of the gay rights movement in Slovenia, the center has roots going all the way back to 1993. It’s a joint project of ŠKUC, one of Slovenia’s largest arts and cultural organizations, and a leading proponent of gay rights, and two long-running gay and lesbian clubs, Tiffany and Monokel, which are located in the same premises. The center’s main focus is the promotion of gay and lesbian culture, and it hosts regular events such as literary readings, concerts, theatre performances, exhibitions, lectures, debates, and workshops. Both clubs also host parties every Friday (and sometimes on Saturday) night from around 20:00 until late.

It is similar in Maribor, while in summer there is also a popular meeting place in Piran as well as on the beach between Piran and Strunjan.

Out in Slovenia is an independent sport and recreational group for gays and lesbians in Slovenia organizing regular sports and recreation activities several times a week such as badminton, basketball, bowling, CrossFit, volleyball and swimming, with monthly hikes and mountaineering tours. Other sports and activities, both indoors and out, are also organized throughout the year. Membership is not required to participate, although members do get discounts.

There are also several massage places and wellnesses specialized for the LGBTQ+ community in Slovenia. Check out where you can find some peace of mind and relax, here.

In Slovenia, there are several very active gay and lesbian organizations, such as Roza klub, Legebitra, Škuc, Out in Slovenija and DIH among others. Representatives of all these organizations can provide more details and tips, which are useful to gays and lesbians during their visit to Slovenia.

Legebrita has come a long since its informal beginnings at the University of Ljubljana in 1998. A non-profit organization, it has a vast number of projects and programs and the majority focus on the rights and support of Slovenia’s LGBT community. Any and all information is available, everything from identity to human rights to disease and more. Legebitra also put significant effort into changing public perceptions and eliminating discrimination throughout the country. A number of social events are held on a weekly basis, so for a full overview head to the website

The first pride parade in Slovenia was organized in response to the events in Café Galerija in the center of Ljubljana. On 8 June 2001, the poets Brane Mozetič and Jean-Paul Daoust were prevented from entering the café with the explanation that they are not welcome there because of their sexual orientation. After the government did not condemn the act, people gathered and started the protest. Over the next few Fridays, they would meet in a cafe, occupy vacant tables, order mineral water and drink it as slowly as possible with the goal of reducing the owner’s profit.

The Slovenian Queer Resources Directory contains a lot of info, both serious and recreational, but is in Slovene only.

Despite the fact that a distinctly relaxed atmosphere prevails in the streets as well as that Slovenia is a very safe country, there have been isolated cases of intolerance in recent years, which is why certain discretion is advised when expressing the same-sex sexual orientation.