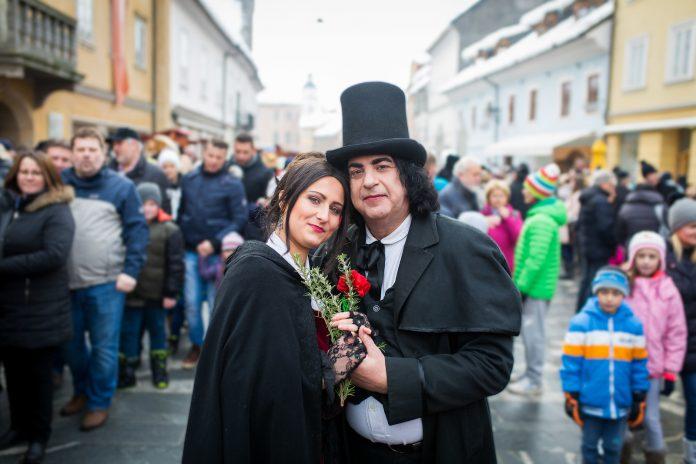 Prešeren Day is a Slovene Cultural Holiday celebrated on the 8th of February. The public holiday marks the anniversary of the death of one of the top Slovene national poets, dr. France Prešeren.

February 8th marks the celebration of the Slovenian culture and on December 3rd we will celebrate the 220th anniversary of France Prešeren’s birth.

Learn more about one of the top Slovene poets, by taking a look through his greatest achievements.

Who was dr. France Prešern?

As you are getting to know our lovely country and are exploring its vast culture, you will come across the name Prešeren. Most often in correlation with one of the most famous squares in Slovenia, which is located in the very heart of the capital city of Ljubljana. Prešeren square is a meeting point for most people in Ljubljana as every citizen of Slovenia knows where it is.

France Prešern was one of the top Slovenian poets, who lived in the 19th century. His work and poetry greatly contributed to strengthening the Slovenian sense of cultural identity and belonging. He is also known as the first Slovenian modern poet. A collection of his poems was translated into more than 10 languages. Prešeren inspired Slovene literature. He wrote the first Slovene ballad and first Slovene epic.

The word “prešeren” also means to be happy or to be in a happy state of mind in Slovenian.

From poems to Slovenian national anthem

The first version of Zdravljica was written in November of 1844. The poem was published in 1848 with a few changes as there was strict censorship coming from the Habsburg Empire. Four years after it was written, Slovenians who lived under the Habsburg Empire understood the poem in the spirIt of united Slovenia.

After Slovenia gained its independence in 1991, Prešern’s poem Zdravljica (translated to English as A Toast or To Health) became the Slovenian national anthem. The shape of the poem reminds us of the shape of the wine glass.

Prešeren’s image and verse from Zdravljica are adorned on the Slovenian two-euro coin.

On 8th of February, the day of Prešeren’s death, Slovenians remember his work and greatness. There are several events organized every year to celebrate his legacy.

His birthplace, Vrba na Gorenjskem, and Kranj are the most ceremonious. On Vrba na Gorenjskem there will be organized a Cultural Heritage Path, which connects the birth houses of the top Slovene poets, from France Prešeren to Matija Čop, and others. Although you can visit the attractions along the path year-round, it is a particularly special experience to do so on Prešeren’s Day, when you can join hundreds of others visitors, locals and those from further afield, to walk the path, find out more about life in the top Slovenian poet’s time, and feel a part of Slovenia’s cultural heritage. The path is 10 km long.

In Kranj, there will be the so-called “Prešeren Fair” held in his name as the poet spent the last years of his life in Kranj. This event is one of the best-known events to honor the national day of cultural heritage. Several traditional and artistic craftsmen will be presenting their products and skills on the streets of the historic center, choirs will be singing, Prešeren’s poems will be recited, folk dances will be danced by groups, street organs will be played and the townspeople will be walking the streets in their historic costumes.

In front of the Kranjska Hiše, there will be a meeting place for anyone who wishes to attend the guided tour of the town, called Kranj in Your Heart, as well as a tour of the Tunnels beneath the historic town center. You will have the chance to ride a carriage through the streets and children will be able to ride a real pony. The townhouses will host many events. There will be many guided tours at the Gorenjska Museum, Town Library, and Prešeren’s House and you are welcome to visit the galleries of Kranj, the Layer House and the town walls in the Khislstein Castle.

It is a tradition at this festival of culture that the town of Kranj hosts the artists and writers who received the Prešeren Award or the Prešeren Fund Award. This encounter carries the name Gathering of the muses on the Carniolan Parnassus.

If you stroll through the city you will encounter several cultural institutions bearing the poet’s name, such as the gallery of Prešeren Award winners, Prešeren Theatre, Prešeren Grove and House.

This Happy Day of Culture

2020 marked the 220th anniversary of the poet’s birth. On the day of his birth, the 3rd of December, Slovenians celebrate the so-called “This Happy Day of Culture”. Alongside February 8th, this is when most of Slovenian’s cultural institutions open their doors to visitors for free.

Don’t miss out on an opportunity to visit museums and galleries across the country for free on the 8th of February or later in the year on the 3rd of December!