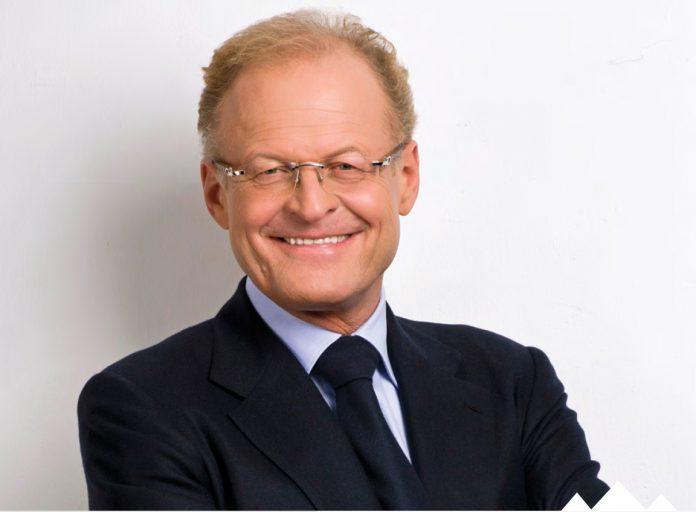 Apart from being Slovenian entrepreneur, lecturer, and patron, Janez Škrabec is also known as one of the most inspiring and visionary Slovenes, who sees the size and boutique approach as the main assets of Slovenia. One of his latest projects is the construction of the Slovenian pavilion at Expo 2020 in Dubai, which represents Slovenia as the green heart of Europe.

Janez Škrabec comes from Ribnica, which is known for entrepreneurial spirit. This has deeply influenced his life. As the founder and co-owner of Riko and Riko Hiše, he was named the Manager of the Year in 2017. Riko’s wooden eco houses, known for their environmental and living sustainability, are built all over Europe. But the company has a broader mission. It uses proprietary first-class technologies with the aim of improving industrial processes, energy supplies, construction, and the logistics. One of Riko’s latest projects is the construction of the Slovenian pavilion at Expo 2020 in Dubai. The pavilion has been designed by the Magnet-Design bureau and represents Slovenia as the green heart of Europe. It showcases the inventive spirit of Slovenia and has a traditional wooden sieve instead of a roof at the top. This symbol comes from Škrabec´s hometown, Ribnica, the home of the first Slovenian entrepreneurs, that designed and exported traditional wood-rimmed tools for sifting flour. The pavilion is made of sustainable materials, mostly of wood, which is not that common in the Arab world. Thus, Riko engineering is considered to be a pioneer of wooden construction in Dubai. Janez Škrabec is known for being an entrepreneur with a green heart and a man who strongly believes that he can change the world for the better.

Sharpening the entrepreneurial spirit with the heritage from Ribnica

Ribnica, known for being the cradle of Slovenian entrepreneurship, is the birthplace of Janez Škrabec. Here, he also renovated their old family estate, now known as the Škrabec Homestead. The estate has been transformed into a museum and an event venue with accommodation featuring top-quality cuisine and a business incubator that promotes and connects local economy. Ribnica, the valley of inventive spirit and successful stories has inspired people for centuries. Back then, numerous inhabitants of Ribnica embarked on an entrepreneurial adventure. Even today, people from Ribnica are known for their woodenware, which has a deep-rooted history. One of the milestones for Ribnica was 1492, when Emperor Frederick III issued a merchant patent, which allowed the inhabitants to export linen and various wooden products. “Merchants from Ribnica were well-known for enriching the trade with valuable marketing techniques. Skilled craftsmen have not only developed woodcraft, but also sales strategies which is today nothing else than merchandising. And when the market of Carniola region became too small, merchants expanded and began developing foreign trade or export,” proudly says Škrabec. “Sharpening your own entrepreneurial spirit with such a noble heritage is a real privilege. Also, the valley of Ribnica has always had one of the lowest unemployment rates in Slovenia since 1991, which says a lot.”

Škrabec Homestead and the Presidential Menu served there

The history of the Škrabec family is closely connected with the Škrabec Homestead. Today, the renovated estate functions as a unique venue for cultural and business events and social gatherings at the highest level. Top-quality cuisine and designer apartments add a new dimension to the estate. For Janez Škrabec, who admires everything connected with the heritage, culture, and art, the homestead represents the crossroads of his values. All experts agree that the estate is a remarkable and unique place. It has grown into a kind of incubator for entrepreneurial ideas, as it develops tourist products, which include local community as well as local goods. “The Škrabec homestead is an opportunity for connecting, developing and creating together. At the same time, it offers cultural entertainment and many challenges. The visitors trust the story, which means a lot to me,” If you opt to have a meal at the estate, you are likely to be served the so-called Presidential Menu. “This menu was created for Tito, the president of Yugoslavia, who visited Ribnica in 1974 and dined at one of the legendary local restaurants. They say Tito loved the dishes so much that he admitted that even though he had traveled the world, he had never been served with such a spectacular menu before.”

Riko in Riko Hiše abide by the sustainable philosophy and materials

With the two companies, Riko and Riko Hiše, Janez Škrabec continues the long-lasting tradition of Ribnica to work with sustainable materials. Riko Hiše is a company that constructs eco wooden houses of the highest quality, with a great attention to sustainability. The other company deals with the energy supply, building and renovating energy facilities. “With the use of top technologies, we want to improve the quality of life. We always have the final costumer in mind and invest lots of energy into, for example, sustainable water supply. We aim to provide incentives that enable growth and development in the area where we work.” As a constructor, Riko is now involved in the renovation of the hotels in Bohinj. This project represents a significant contribution to the preservation of valuable natural and cultural heritage. The hotels are nestled in one of the most beautiful glacial valleys in the world, embraced by the Julian Alps, in the heart of the Triglav National Park. Škrabec is convinced that “Damian Merlak’s decision (he is the investor and well-known Slovenian crypto-billionare) to tackle such a project with patience and big heartedly is of extremely valuable.”

Škrabec sees business stories as ‘entrepreneurship with a heart’.

Škrabec embarks on every entrepreneurial adventure with a full heart. “I belong to the generation that has enthusiastically set foot on a fresh path of entrepreneurship; we believed that this would change the world for the better and create new opportunities. This romantic excitement has always been in me. I don’t have a favourite entrepreneurial adventure; all of my entrepreneurial paths, moves, or actions are inseparably linked to one another.” No wonder that Riko, a company which he founded at the age of 33, grew into one of the leading Slovenian engineering companies. Connecting with other businesses and creating amazing stories with added value is at the core of the company’s existence. 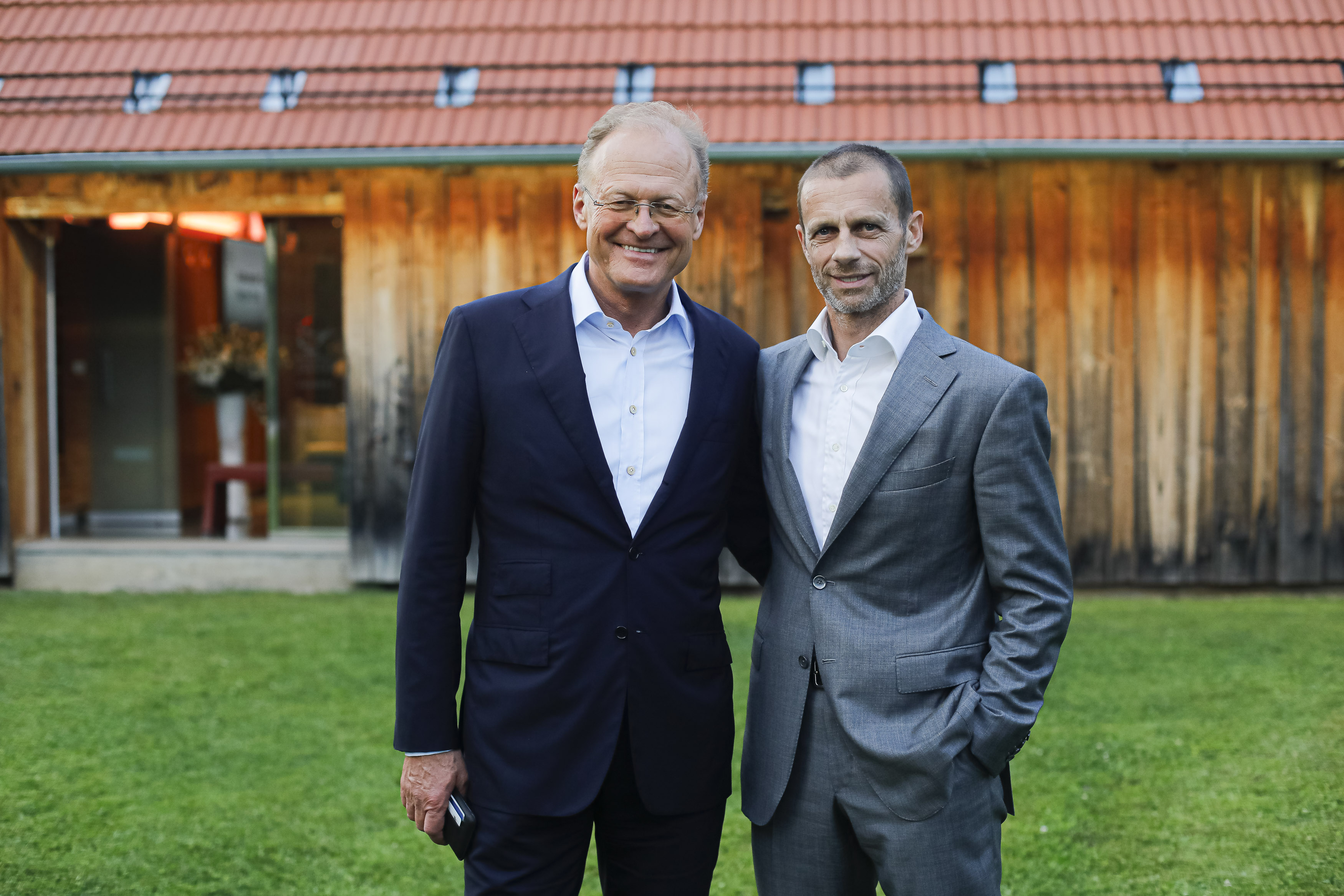 Art and culture help him understand the world

Janez Škrabec is a great admirer of culture and is often mentioned as a patron who supports artists and culture at home and abroad. “Culture and art allow me to better understand and experience the world. Slovenia is extremely prosperous country and has recently developed a range of exceptional products in cultural tourism, from Brda wine hills to the fertile Prekmurje plains. We have world-known Bled and many pocket-sized boutique stories. The capital of Ljubljana has developed into a real pearl of Europe.” Upon being asked where else he sees Slovenia’s potential to attract talents and investors, Škrabec answers: “Slovenia boasts a number of remarkable names and niche companies that are global players. We have outstanding scientists and world class artists. We also maintain the status of a welfare state with access to public goods.”

Traveling reveals him, who are the greatest ambassadors of Slovenia around the world. “Recently, I have been very impressed by Dr. Jure Leskovec, the star of Stanford University and the founder of the Asef Foundation, which enables and nurtures top studying opportunities for Slovenian students. And of course, chef Ana Roš. Thanks to her, global spotlights are turned to Slovenia. Her work has become a great inspiration and encouragement for the others.” Ana Roš, world’s best female chef of 2017, and her Hiša Franko, one of the best restaurants in the world and the first restaurant in the wider region to receive two Michelin stars in 2020, have brought world fame to Slovenia. “Let me share my experience: Two years ago, we built a PATH house by Starck with Riko around Manhattan for one of the most successful American managers of venture capital funds, renowned investor and philanthropist Michael Steinhardt. I was excited about his open-minded spirit and invited him to Slovenia. Do you know what was his main request? To visit and meet Ana Roš at Hiša Franko. Of course, I made sure this experience was absolutely included in his agenda.” 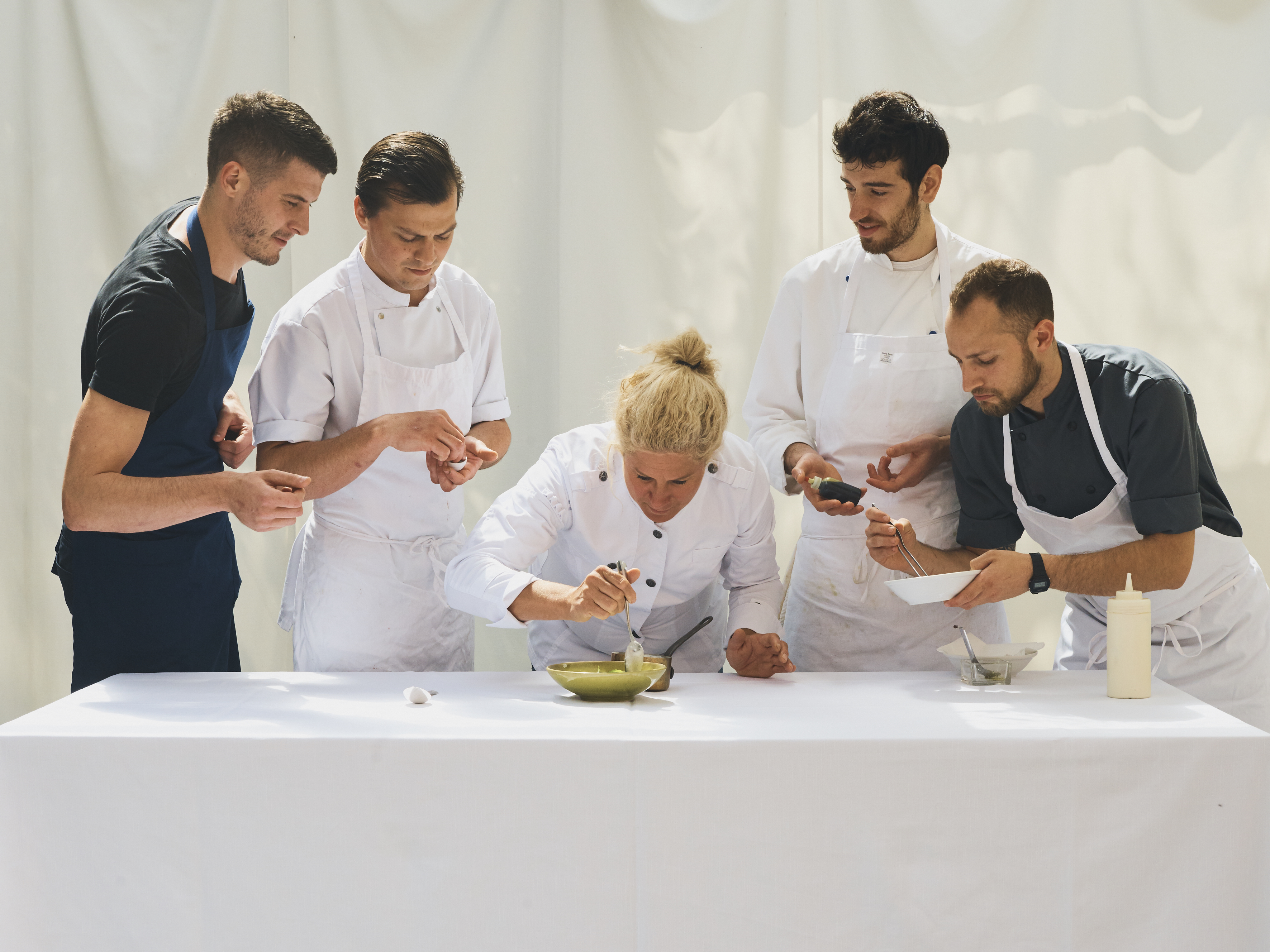 Slovenian cuisine is among the best in the world

Škrabec is very proud of the creative Slovenian cuisine. “I’ve been following the big names of the Slovenian gastronomy for a very long time. Everything they create is comparable to the best ones in the world. Hiša Franko in the Soča valley, As in Ljubljana, Gostilna pri Lojzetu Dvorec Zemono, Ošterija Debeluh in Brežice and Restaurant Rajh in Murska Sobota are my favourites.

The iconic Bled, the most charming place in Slovenia

Slovenia is known as a sustainable destination and the green heart of Europe. As a world traveler who has seen and experienced a lot, Škrabec proudly lists the advantages of Slovenia: “Boutique accommodation, pocket size, accessible location, sustainability, and green orientation. Undeniably, these are the main attributes of Slovenia.” He adds that his favourite spot in Slovenia is Bled, with a picture-perfect lake and the only Slovenian island.

Made in Slovenia: Cup